Snubbed And Ignored, Pak PM Imran Khan Claims ‘will Look Into Eyes Of US President’

'I will look in the eye of the United States' President, I am not scared,' Imran Khan said, a day after UNGA adopted a resolution presented by Pakistan. 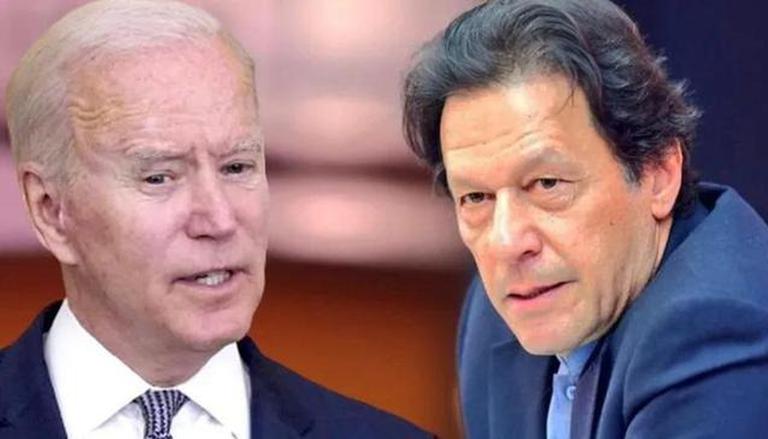 
'I will look in the eye of the United States President, I am not scared,' thundered Pak PM Imran Khan, a day after the United Nations General Assembly adopted by consensus a resolution introduced by Pakistan on behalf of the Organisation of Islamic Cooperation. As per the resolution, March 15 has been proclaimed as International Day to combat Islamophobia.

Addressing a public gathering in Swat, Imran Khan, who is on a high horse, explained the meaning of Islamophobia. "After 9/11, there was a wave of hatred against Muslims. The wave was because they linked terrorism with Islam, terrorism has no religion, in spite of that, they connected it with Islam. Not just that, they used to insult our beliefs, and when we used to react, they used to call us fanatics," the Pakistan Prime Minister said.

During his address, Imran Khan pointed out how 'he, and his team' tried to address the issue of Islamophobia for over 3 years, starting with its discussion in the IOC. Thereafter, in the United Nations for the first tie ever, a Pakistani Prime Minister talked about Islamophobia, he added.

"Whenever the youth of the country used to protest against Islamophobia- come on the streets, vandalise- I used to tell them I will fight the case, and I will fight it internationally. And yesterday, the day came, when it was decided in the UN, a resolution was presented, Islamic nations together presented Pakistan's resolution," Khan said, adding, "I am getting congratulatory calls right since morning."

Dragging in India, Imran Khan said, "Yesterday, the Karnataka High Court decided that Muslim girls cannot wear hijab, now, this is what is Islamophobia. There is Islamophobia there because an RSS government is in rule. RSS is against Islam, it is an enemy of Muslims and under their pressure, the court passed this order that the girls cannot cover their heads. Meaning, a girl can take off her clothes, no one will object, but cannot wear extra."

"I am thankful that due to the efforts of Pakistan, a resolution has been passed against Islamophobia in the UN," he further added. The statement comes in the backdrop of the Pakistan Opposition submitting a no-trust motion against Imran Khan with the country's National Assembly secretariat. As per reports, the document was signed by more than 100 lawmakers though only 68 members of the total House strength of 342 were required to sign the motion.