US: Afghan-Americans Protest Against Pak For Sponsoring Terrorism, Supporting Taliban

The mark of protest by the Afghan-Americans came against Pakistan's alleged involvement in sponsoring terrorism and supporting the Taliban in Afghanistan. 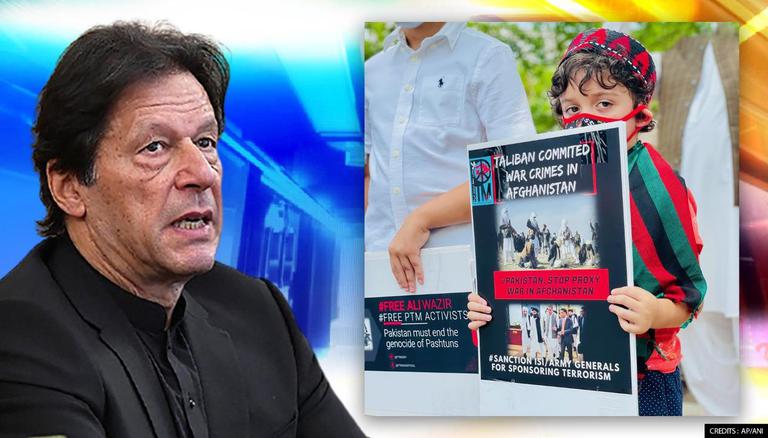 
On the occasion of Pakistan’s Independence Day on August 14, a diaspora of Afghan-Americans staged a protest outside the Pakistan Embassy in Washington. The mark of protest came against Pakistan's alleged involvement in sponsoring terrorism and supporting Taliban in Afghanistan. Apart from the Afghan-Americans, members of the Baloch, Sindhi community, and several migrants from Bangladesh and Pakistan-occupied Gilgit Baltistan also joined hands to hold a peaceful protest and a car rally in the US, as well as a demonstration outside the White House against Pakistan's human rights violations.

"August 14 is not a day of Azadi (freedom) but the day Pakistan forcefully occupied Balochistan and Gilgit-Baltistan. It is the day when cultural genocide and ethnic engineering started in Sindh. It is the day when Islamic terrorism was imposed on Pashtuns and Afghans to destroy their cultural identity, the organisers said in a statement.

READ | What led to the collapse of Afghanistan military in the years-long fight against Taliban?

US | On Pakistan’s Independence Day, a diaspora of Afghan Americans staged a protest outside Pakistan Embassy in Washington, slamming alleged Pakistan-sponsored terrorism & its support to Taliban in Afghanistan. The protesters later staged a similar protest outside White House. pic.twitter.com/SnZbZkSnNo

On the Afghanistan crisis, protestors stated that Pakistan's support to the militant group was not hidden and it was openly funding the Taliban which is on the UN's list of banned terrorist groups. They demanded that the international community place a ban on the sale of weapons and military hardware to Islamabad, given the open violation of the UN Charter. They also urged the Financial Action Task Force (FATF) to shift the Imran Khan-led nation from its Grey-List to Black-list.

Pakistan slammed for colluding with Taliban

Allegations against Pakistan and its support to the Taliban had come to light after Afghanistan Foreign Minister Mohammad Haneef Atmar revealed that the Taliban is colluding with several regional terrorists from Lashkar-e-Taiba (LeT) and other Pakistan-based terror groups to carry out attacks in Afghanistan. From referring to the militant group as 'civilians' to reportedly sending its commandos to fight the Afghan security forces, Pakistan has drawn massive flak from war-torn Afghanistan for assisting terror on their soil. The alleged involvement of the Imran Khan-led nation has reached a point where Afghanistan authorities, including Vice President Amrullah Saleh, have begun demanding UN sanctions against Pakistan to bring a stop to the violence.