After Pakistani Prime Minister Imran Khan claimed that Washington was involved in a foreign conspiracy to remove him, the United States refuted the claims. 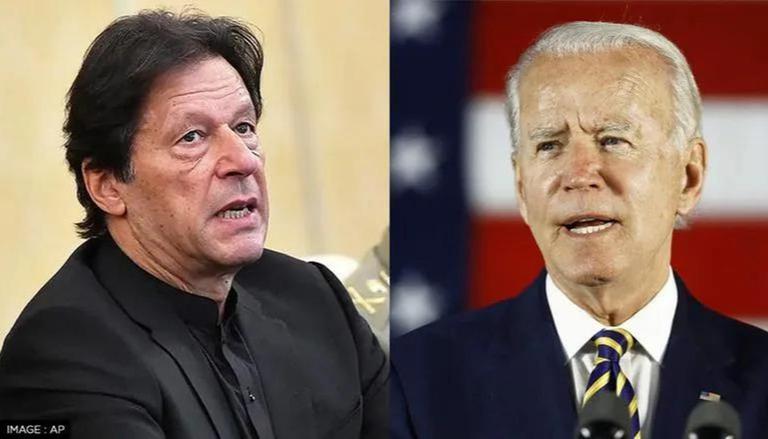 
After Pakistani Prime Minister Imran Khan, who is facing a no-confidence motion, claimed that Washington was involved in a foreign conspiracy to remove him from power, the United States issued a statement refuting the claims on Thursday. The spokesperson of the US State Department stated that these allegations are completely false and that they are keeping a close eye on what is going on in Pakistan. The spokesperson further said that Pakistan's constitutional process and rule of law are respected and supported by them, as per the reports of ANI.

In a speech to the Pakistani people ahead of the no-confidence vote, Imran Khan said that a foreign power had delivered a message that Imran Khan must be removed or the country will face consequences. Khan stated that the US sent them a message on March 8 or earlier on March 7. He then corrected himself and said not the US, but a foreign country delivered them a message. He further said that the reason he is bringing this up is because such a message in an independent country is a direct attack on him and his country.

'Letter was against me, not the government'

He further claimed that the letter was against him, not the government, which stated, "if the no-confidence motion passes, Pakistan will be forgiven, if not, there will be consequences." Khan further stated that the threatening letter was submitted to the Foreign Ministry. Less than an hour after the National Assembly of Pakistan was adjourned, Bilawal Bhutto Zardari, the chairman of the Pakistan Peoples Party (PPP), declared that Imran Khan has "nowhere to escape." Over 172 members of the Opposition benches were present for the session.

Khan has just one option and that is to quit: Bilawal

During a press conference, Bilawal claimed that Imran Khan had once again used Pakistan's Speaker of the National Assembly, Asad Qaiser, to postpone the no-confidence motion's proceedings. Bilawal further said that they have proven that Imran Khan has nowhere to go, referring to the 175 legislators elected to Parliament and that there is no safe passage for Khan now that they have a majority. He also claimed that Imran Khan has just one option and that is to quit in order to end the country's political crisis. If the no-confidence motion succeeds, the most likely candidate to replace Khan as PM is Shehbaz Sharif.