Asif Panwhar, a member of the World Sindhi Congress (WSC), urged the Council to investigate the egregious human rights violations of Sindhi people in Pakistan. 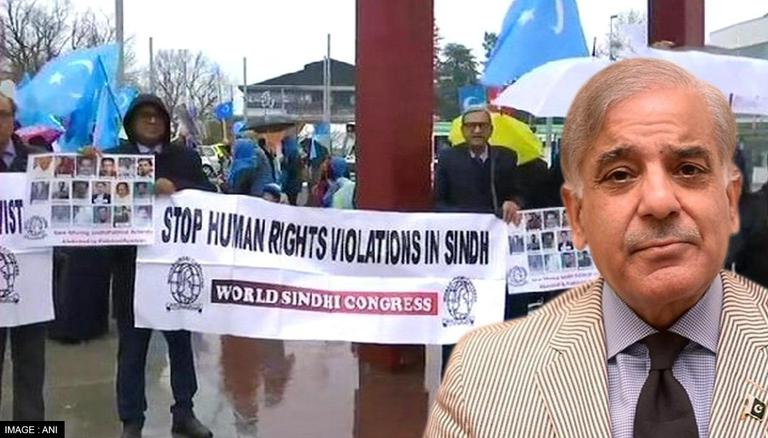 
During the UN Human Rights Council's (UNHRC) 50th session in Geneva, Asif Panwhar, a member of the World Sindhi Congress (WSC), urged the Council to investigate the egregious human rights violations of Sindhi people in Pakistan and to take measures to defend their right to peaceful assembly and association.

Panhwar recounted the incidents of arrests against peaceful participants during the UNHRC session on June 17. The WSC member described how individuals paying tribute to GM Syed, the founder of the Sindhi nationalism movement, on the 27 anniversary of his death were hounded by Pakistani police.

“We would like to bring to your notice, the onslaught of the freedom of peaceful assembly and association of Sindhi people in Pakistan. On April 25, 2022 police rangers and agencies man-handled and humiliated hundreds of people including women and children who were going to pay tributes to GM Syed,” he stated, ANI reported.

He further added that a FIR was filed against 190 people on sedition and terrorism accusations, and that 87 people were arrested, including 25 women. The accused people's cases are being heard in anti-terrorist courts, according to Panhwar. According to human rights activists, a crackdown occurred against many individuals as they conducted a peaceful protest for environmental  justice and to defend the lands of indigenous communities illegally occupied by Bahrai town Karachi (Islamabad-based privately owned real-estate development company).

Panwhar also mentioned forceful land acquisitions and evictions. He said that hundreds of people were arrested and cases were filed under sedition and terrorist charges during the operation in June 2021. The WSC member further alleged that Sindhi nationalist leader Aslam Khairpuri was arrested and tried on sedition and terrorist charges. The activist asked the UN Human Rights Council to put pressure on Pakistan to end these atrocities against the Sindhi people.

Sadly, this has become a trend in Pakistan to harass and restrict the peaceful democratic rise movement of Sindhi people, the WSC member stated of the current situation. He added, "We request you to commission an inquiry on these gross human rights violations and take action to protect the rights of the Sindhi people for peaceful assembly and association."