WHO Chief Tedros Ghebreyesus while addressing the opening of the UN health agency's annual assembly raised concern over the increasing cases of COVID-19. 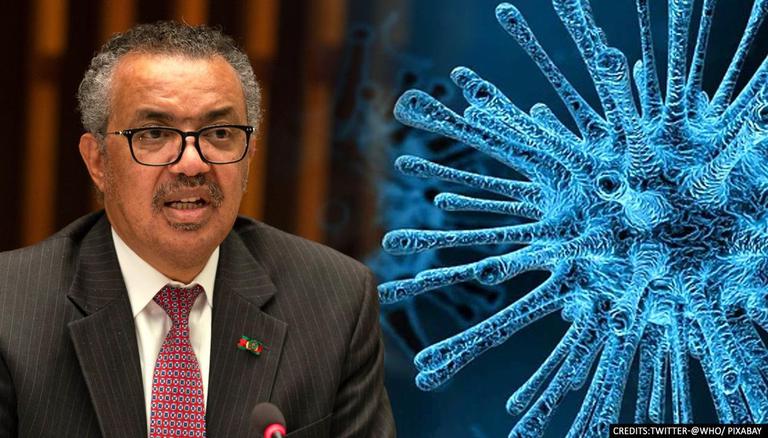 
World Health Organisation (WHO) Director-General Tedros Adhanom Ghebreyesus while addressing the opening of the UN health agency's annual assembly on May 24 said that more COVID-19 cases have reported this year than in the whole of 2020. He also added that the number of deaths will overtake last year's death toll within few weeks. He further said that the world remains in a 'very dangerous situation' in terms of the pandemic. The WHO chief called for ramping up of vaccination drive in the countries.

Ghebreyesus said that based on present data, the number of deaths will reach last year's total within the next three weeks. He called for the member states to support a "massive push" to vaccinate at least 10 per cent of the population of every country by September. He also asked the world leaders to conduct a "drive to December" to achieve the goal of vaccinating at least 30 per cent by the end of the year to contain the deadly spread of the novel coronavirus. He further said that the "greatest drivers" of the COVID-19 pandemic have been the "lack of international solidarity and sharing".

One of the greatest drivers of #COVID19 has been the lack of solidarity & sharing. That’s why we need an intl agreement that:
-represents all nations
-addresses our shared vulnerabilities
-leverages our shared humanity
-reflects what future generations need#PandemicTreaty #WHA74 pic.twitter.com/lygcMvKufT

In his address, the WHO chief appreciated the sacrifice of the health care workers who have saved countless lives since the beginning of the pandemic. He said that "Health care workers all over the world have stood in the breach between life and death." He added that the health care workers are humans like us and they feel frustrated, helpless and unprotected with a lack of protective equipment. He said, "We owe them so much, and yet globally health and care workers often lack the protection, the equipment, the training, the decent pay, the safe working conditions, and the respect they deserve."

Health & care workers all over the 🌍 have stood in the breach between life & death. We owe them so much.
I'm calling on #WHA74 to support a massive push to vaccinate 𝗮𝘁 𝗹𝗲𝗮𝘀𝘁:
-10% of every country's population by September
-30% by the end of 2021.pic.twitter.com/xM6T7aftvJ

READ | US tells citizens 'do not travel' to Japan amid COVID-19 outbreak ahead of Olympics
READ | UK: More than 8000 patients died after contracting COVID-19 in hospitals, says report
READ | As world is at war against COVID-19, UN chief says 'Vaccines only weapons to combat virus'
First Published: 25th May, 2021 23:37 IST
SUBSCRIBE TO US

WE RECOMMEND
COVID-19: Russia aids India; Remdesivir & Consignment of 225K packs of COVID drug arrives
COVID-19: Police raids coaching centre in Gujarat, 555 students found inside
UK: More than 8000 patients died after contracting COVID-19 in hospitals, says report
COVID-19: Karnataka to give 2nd dose only to 45 years & above amid COVAXIN shortage
COVID-19: WHO chief asks countries to vaccinate at least 10% of population by September