94.6% Population Vaccinated With At Least 1 Dose Against COVID In Cuba: Report

Cuba has claimed that it has achieved one of the highest vaccination rates in the world, with 94.6% of its population having received at least 1 COVID-19 dose 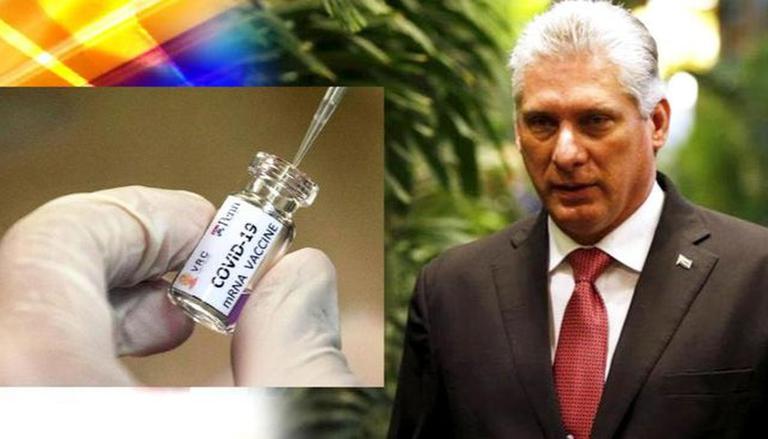 
Cuba has claimed that it has achieved one of the highest vaccination rates in the world, with 94.6% of the country's population receiving at least one COVID-19 dose. Despite US sanctions aimed at forcing the government collapse, the socialist island nation has developed five vaccines. After Cuba's recent approval of immunisation for children between 2 and 18 years, more than 1.6 million children have taken their first doses in the last three weeks. Children are currently only permitted to get Soberana Plus, one of five vaccines manufactured by Cuba's robust biotech industry. While, Abdala, a second vaccine, is anticipated to be licenced for paediatric use soon, the Soberana 01 vaccine is currently in clinical studies, reported Radio Havana, a nationwide broadcaster operated by the Cuban government.

The report further claimed that Cuba now boasts not only the highest immunisation rate in the Americas, but also one of the highest rates in the world. To the north, the US has purchased more than three times the number of vaccinations required to immunise its whole population, but has only distributed a small portion of the surplus to other countries, all while falling behind dozens of other countries with its own vaccination programme. According to the US Centers for Disease Control and Prevention (CDC), 75.6% of people over the age of 12 who are eligible for vaccination have had at least one shot, and 65.1% have been fully vaccinated. In total, 55.7% of the population in the United States has been fully vaccinated.

In addition to applying Trump's inhumane measures, which he promised to review, Pres Biden not even included Cuba in the group of states where US unilateral measures limiting their capability to fight #COVID19 pandemic were lifted.

His insensitivity has cost human lives.

'US did not give Cuba any assistance to combat the virus'

The disparity was highlighted by Cuban Foreign Minister Bruno Rodriguez, who took to Twitter to say that the US had not given Cuba any assistance in combatting the virus. "I categorically affirm that the US government has not offered #Cuba vaccines or any other means to address the pandemic. It has done quite the opposite, since it has hindered the purchase of inputs required by the national vaccination program and pharmaceuticals production [sic]," he tweeted. Cuba has nevertheless developed five COVID vaccines: Soberana 01 and 02, Soberana Plus, Abdala, and Mambisa. The most effective, such as the three-shot Abdala vaccination, are on par with the most effective doses developed by Western pharmaceutical firms. It should be noted here that the Cuban Democracy Act of 1992 prohibits the shipment of pharmaceuticals, medical supplies, and equipment to Cuba if the item "may be utilised in the manufacturing of any biotechnology product," according to Radio Havana.