A strong majority of the UN Security Council urged Afghanistan's Taliban rulers Friday to immediately reverse all “oppressive” restrictions on girls and women. 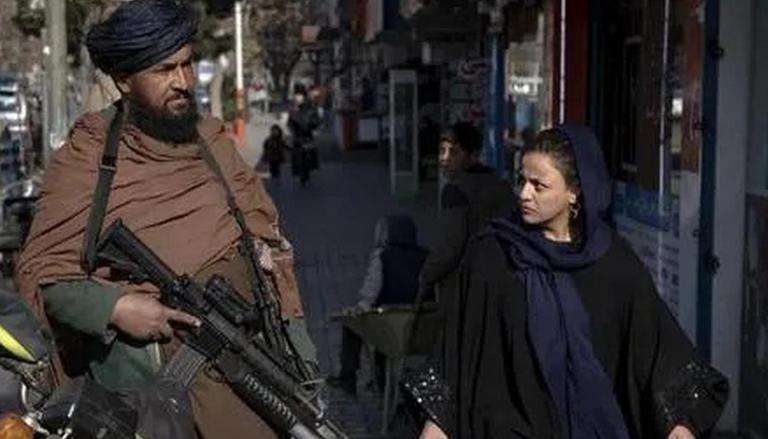 
A strong majority of the UN Security Council urged Afghanistan's Taliban rulers Friday to immediately reverse all “oppressive” restrictions on girls and women.

The council then went into a closed meeting to discuss the Taliban's latest ban on woman working for humanitarian groups, a move that is exacerbating the already critical humanitarian crisis in the country.

The joint statement from 11 of the 15 council members said female aid workers are crucial to addressing Afghanistan's “dire humanitarian situation” because they provide “critical life-saving support to women and girls” that men can't reach. It reiterated the council's demand for “unhindered access for humanitarian actors regardless of gender.” Britain's U.N. ambassador, Barbara Woodward, tweeted that as of Thursday, “15% of NGOs had paused all work in Afghanistan, 68% had significantly reduced operations.” She added: “Humanitarian aid can't happen without women.” Japanese Ambassador Kimihiro Ishikane, the current council president, delivered the statement to reporters surrounded by diplomats from the 10 other countries -- Albania, Brazil, Ecuador, France, Gabon, Malta, Switzerland, Britain, United States and United Arab Emirates, which called the meeting.

The four council nations that didn't support the statement were Russia, China, Ghana and Mozambique.

The 11 council members also urged the immediate reversal of the Taliban's ban on girls attending secondary school and girls and women attending university as well as restrictions on women's human rights and freedoms.

Diplomats said that some countries are pushing for a Security Council resolution demanding the Taliban reverse all its edicts on women and girls, that but it was too early to say if that would happen.

David Miliband, CEO of the International Rescue Committee, a group that has worked in Afghanistan since 1988, said that last year its 8,000 staff, including 3,000 women, served 5.3 million Afghans across the country including 2.7 million women and girls.

But the group has been forced to pause most operations because of the decree banning female NGO staff from working, Miliband said in a prepared briefing to the council obtained by The Associated Press.

He outlined a twin-track approach for getting women back to work, saying: “We have a chance of preventing further calamity for the Afghan people, but only if the international community is decisive, practical and disciplined.” On one track, he said, it must be made clear to the Taliban that there can be no business as usual without women workers. “This is the best way, we think, to increase the leverage of the voices within the Taliban movement arguing against this ban,” he said.

On another track, Miliband said, when Taliban decision-makers in ministries or localities support reopening services as the health ministry has done and officials at the education ministry “seem to be doing, we will quickly move to restart services and build momentum for a return to our operating model.” He called for “a united international response across the humanitarian movement, led by the U.N., to re-establish the right of NGOs to employ women.” In another prepared briefing, also obtained by AP, Catherine Russell, executive director of the U.N. children's agency UNICEF, said the decree banning women from working for NGOs “is both wrong and dangerous” and “stands to deepen the country's devastating humanitarian crisis.” She said UNICEF projects that this year 13.5 million Afghan children will need humanitarian assistance and 20 million Afghans will be at crisis or emergency levels of needing food by March, including “upwards of 875,000 severely wasted children under 5.” Russell said that “Afghan women are a critical part of the solution to the country's humanitarian and socio-economic crisis” and “it is not hyperbole to say without them, lives will be lost, children will die.” (AP) AMS