A teenage girl in Afghanistan shot dead two Taliban militants and wounded several others to avenge the death of her parents who were killed by the militants. 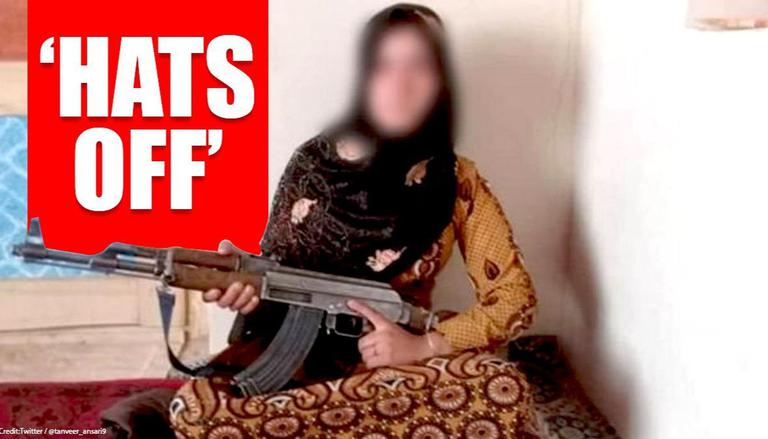 A teenage Afghan girl reportedly shot dead two Taliban militants and wounded several others to avenge the death of her parents who were killed by the militants. The girl is being hailed on social media for her “heroism” and “courage” after she took the family’s AK-47 assault rifle and killed the Taliban militants.

On July 17, the girl’s mother reportedly went to check who was knocking at their door when saw some armed militants and refused to open the door, According to officials of Ghor province, the militants were looking for the girl’s father, who was a government supporter. The militants immediately shot her mother dead and killed her father after entering the house.

After seeing her parents dead, the girl took the assault rifle and killed two militants, which then turned into a full-fledged battle between the Taliban militants and the girl, alongside her 12-year-old brother. After the intense gunfight, some pro-government militia and villagers expelled them from the village of Griwa.

The siblings have been taken to a sage place in the provincial capital and a spokesperson said that they are currently in good condition after being in shock initially. The district governor reportedly said that though they were in shock, they were feeling honoured. The photograph of the girl holding the gun has gone viral on social media and netizens are all praise for her courageous act.

"Hats off to her courage," wrote a Facebook user. "We know parents are irreplaceable, but your revenge will give you relative peace," commented another user.

The Taliban signed a deal with the US earlier this year in which promised to not let al Qaeda use Afghan soil for activities threatening the security of the US. In return, the United States announced the gradual withdrawal of American troops from Afghanistan but they continue to attack pro-government Afghans, calling to overthrow the government.

Read: US Withdraws Military Troops Out of 5 Afghan Bases As Part Of Taliban Peace Agreement

WE RECOMMEND
Kidnapped Sikh community leader in Afghanistan released: MEA
US withdraws military troops out of 5 Afghan bases as part of Taliban peace agreement
Nearly 70% of Afghan lawmakers test positive for COVID-19: Reports
US troops continue to withdraw from Afghanistan despite escalating violence
Pak reopens 2 more trade routes with Afghan after months-long closure of border due to COVID-19