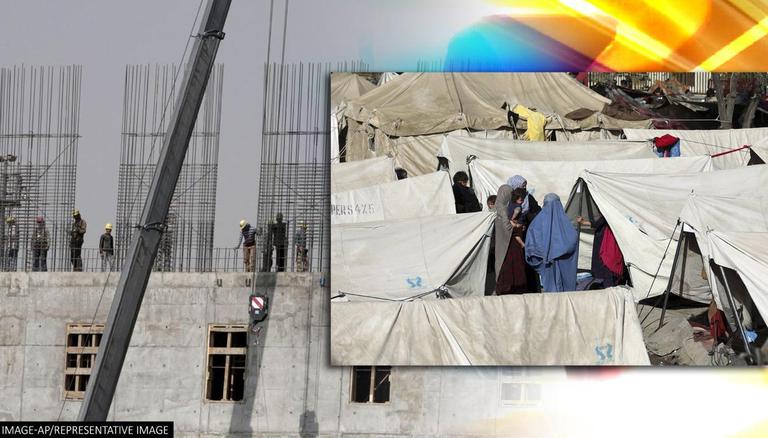 Following the Taliban's takeover of Kabul on August 15, the country is in an economic meltdown. Many developments, social, as well as building initiatives were suspended as the economy has deteriorated. Further, the cutoff of foreign aid, the freezing of the Afghan government's assets, and international constraints on the Taliban have pushed the nation into a full-fledged financial crisis, Amnesty International reported.

'Projects that are worth approximately five billion dollars remain unfinished'

The representatives of the union of private construction firms expressed their dissatisfaction on Sunday, revealing that construction companies had not been paid despite their expenditures in the projects. Farid Tatar, Head of the union revealed, “Projects that are worth approximately five billion dollars remain unfished. Every day we appeal to the prime minister and deputy ministers. Despite making pledges, they have not found a solution for our problems," TOLOnews reported.

Furthermore, most of those employed by construction firms are now unemployed. In Afghanistan, there are over 2500 active construction enterprises, all of which are suffering from the current pause in the projects and insecurity in the industry. A union member stated, "Today everything has stopped." The member further claimed that the harsh winter has approached, and the construction projects are on the verge of collapsing, but in spite of these, no one seems to care.

Meanwhile, the Taliban regime has promised to appoint the minister of urban development and housing shortly, adding to the growing list of unmet obligations and pledges. Bilal Karimi, the Taliban's deputy spokesperson, was reported by TOLOnews as saying, “The selection of the cabinet is still on track.” He also informed that the officials are striving to identify capable and high-quality professional people. They anticipate the appointment of the minister in the near future.

By 2022, 97% of the nation might face a significant economic catastrophe

Meanwhile, as per media reports, after the Taliban assumed control, foreign institutions such as the World Bank and the International Monetary Fund (IMF) halted payments to Afghanistan, further exacerbating the nation's humanitarian and security concerns. In addition to this, public outcry against poverty as well as unemployment coincides with a study released earlier in October by the United Nations Development Programme (UNDP), which said that because of the freeze of funds, 97% of the nation might face a significant economic catastrophe by the middle of 2022.