Afghanistan Might Face Challenges Due To Terrorism In Near Future, Warns NATO

NATO Military Committee’s chair Admiral Rob Bauer has said on Saturday, September 18 Afghanistan might face challenges due to terrorism in the near future. 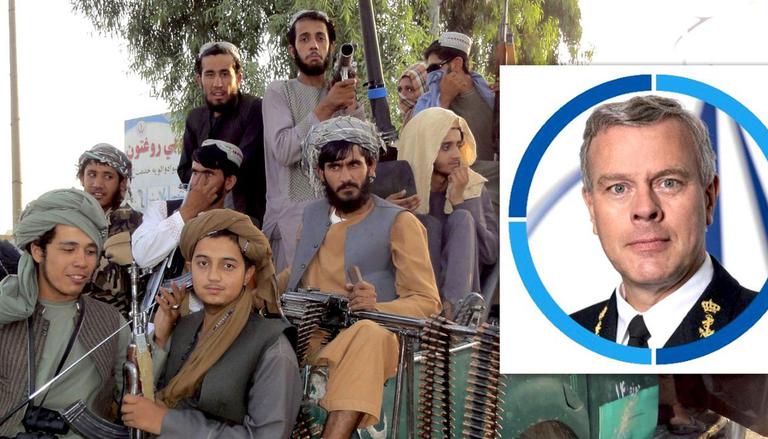 
The North Atlantic Treaty Organization (NATO) Military Committee’s chair Admiral Rob Bauer has said on September 18, that Afghanistan might face challenges due to terrorism in the near future. In a meeting in Athens city in Greece, on the possible threats of terrorism from the region and Taliban-controlled Afghanistan to the world, Bauer said NATO has not stepped up against terrorism in the war-ravaged country yet. However, he warned of a challenge emerges, the military will take action immediately.

As per The Associated Press, NATO military leaders' meeting in Athens made it evident that avoiding the resurgence of terrorism in Afghanistan is the key goal for the entire alliance but “there is no NATO counterterrorism operation foreseen." Following the meetings, Bauer told the reporters that allies were concerned about a terrorist threat from Afghanistan. Even though the NATO operation is not on the agenda, he said, “That doesn't mean that it will not happen.”

Bauer said, "There is no NATO counterterrorism (CT) operation foreseen, not with Afghanistan. We're not working on that particularly. There is, of course, concerns in the different nations and there is a concern within NATO about the possibility of Afghanistan becoming a safe haven for terrorists again.”

“The time will learn whether or not NATO is then willing, the alliance is willing, to conduct an operation, a CT operation. But for now, that is not on the agenda. That doesn't mean that it will not happen, but it was not discussed now in particular,” he added.

Afghan crisis has ‘many lessons to be learnt’

As per the official press statement of NATO Military Committee’s chair, he said that the dramatic developments of recent weeks and months are “tragic for Afghanistan” and its citizens. He added, “And they are a bitter turn of events for the whole international community. There are many lessons to be learnt. The Alliance will conduct an honest, clear-eyed assessment of our engagement, looking at what worked, and what did not.”

Earlier this month,  International Forum for Rights and Security (IFFRAS) had reported that after the US ended its 20-year-old war in Afghanistan, NATO is back to square one of dealing with the crisis in the South Asian country. IFFRAS also said that in an attempt to overthrow the Taliban, both the US and NATO raided the country in 2001 and spent billions. However, the grim result of the efforts is that the Taliban is now forming what could be termed as the “Islamic Emirate” in the war-ravaged nation.