Taliban has arrested eight terrorists of Islamic States in Khost province in Afghanistan. Shabbir Ahmad Usmani has confirmed the arrest of IS members 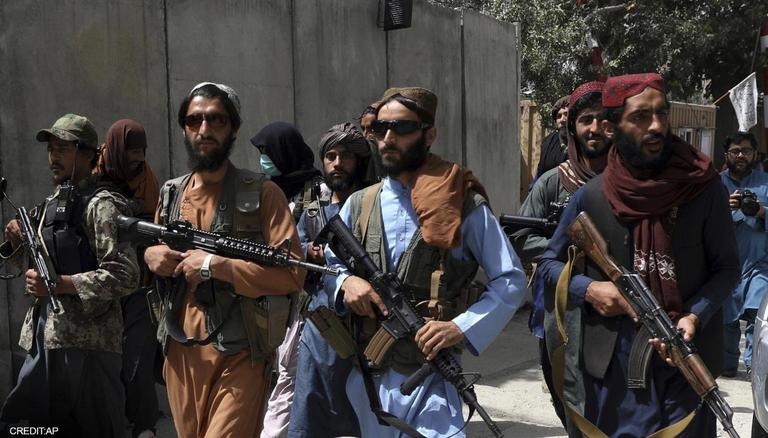 
Taliban has arrested eight terrorists of Islamic States in Khost province in Afghanistan. Shabbir Ahmad Usmani, head of provincial cultural and information directorate confirmed the arrest of the IS terrorists, ANI cited Xinhua. Usmani added that the arrested Islamic States terrorists have been taken to related departments for questioning.

IS terrorists arrested by Taliban

Shabbir Ahmad Usmani, head of provincial cultural and information directorate told Xinhua that the eight terrorists of IS group have been arrested by the Taliban in Khost in recent days, according to ANI. He added that the terrorists have confessed to planning attacks in the province. Furthermore, he informed that the eight arrested members of IS group have been taken to related departments for screening and questioning.

"Mujahideen of the Islamic Emirate of Afghanistan have arrested eight members of Daesh (IS group) in surrounding areas of Khost city, capital of Khost in recent days," ANI cited Xinhua report for quoting Shabbir Ahmad Usmani.

Meanwhile, on Saturday, 9 October, the Taliban ruled out any possible cooperation with the United States to fight Islamic State terrorism, according to AP. While speaking to The Associated Press, the Taliban political spokesperson Suhail Shaheen said that there would be no cooperation with the US on containing the increasingly active IS group in Afghanistan. Shaheen’s remark comes after the IS claimed responsibility for Friday’s attack at a mosque in Kunduz. In recent weeks, IS-affiliated militants have carried out attacks in Kabul and Jalalabad city.

An explosion took place at a Shia mosque in Afghanistan's northern Kunduz province on Friday, October 8, according to The Associated Press. The blast took place in a mosque during Friday prayers in the city of Kunduz. Terror organisation ISIS has claimed responsibility for the suicide bombing which jolted the war-torn country on Friday. Informing that the attack was targeted against both Shiites and the Taliban, AP cited the Aamaq news agency. It was the latest attack that was carried out by IS against the Taliban in the war-ravaged nation. While speaking to The Associated Press, Taliban spokesperson Bilal Karimi stated that 46 people were killed in the attack and 143 people were injured.