The United Nations, on Friday, called for countries to provide urgent protection to Afghan journalists and media workers who now fear persecution by the Taliban 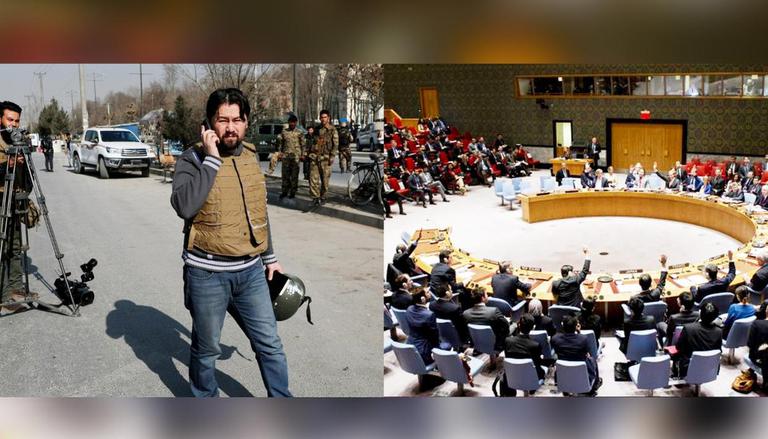 
The United Nations, on Friday, called for countries to provide urgent protection to Afghan journalists and media workers who now fear persecution by the Taliban in the war-ravaged country. The terrorist group has been conducting targeted killings of journalists and their families, home raids, threats and intimidations ever since they took over Afghanistan on August 15. Pertaining to the same, the UN Human Rights Special Procedures (OHCHR) urged foreign administrations to not only expedite the visa operations but also ensure safe passage for those who wish to leave.

“Journalists and media workers, in particular women, are facing heightened risks since the Taliban’s political takeover of Afghanistan,” the UN Agency said. "All governments must take strong and swift action to protect Afghan journalists who face persecution, including by expediting visas, assisting with evacuation and keeping their borders open for those who wish to leave Afghanistan," it added.

Set up a monitoring mechanism

Shedding light on various resolutions passed by the Human Rights Council in recent years for the safety and security of journalists, OHCHR asked them to stand by their commitment and ramp up their efforts to safeguard the journalists. Additionally, they also urged foreign powers to safeguard media freedom. Governing by the Sharia law, Taliban previously prohibited journalism and popular media in the country but last month, it promised to allow them to function partially.

Notably, many prominent journalists have fled Afghanistan. Last week, a female journalist, who made history by interviewing the Taliban, fled Afghanistan amidst an exacerbating crisis. Beheshta Arghand had made headlines after she questioned a senior Taliban leader on-air and activist Malala Yousafzai later. Additionally, film-maker and photographer Roya Heydari, who boarded a flight to Istanbul last week, also opened up about her plight and desperation to escape from her “motherland”.