Afghanistan Will Be 'free Of Narcotics', Says Poppy-profiting Taliban After Kabul Siege

Afghanistan will not produce any kind of narcotics, the Taliban said in the aftermath of seizing power in the war-ravaged country earlier this week. 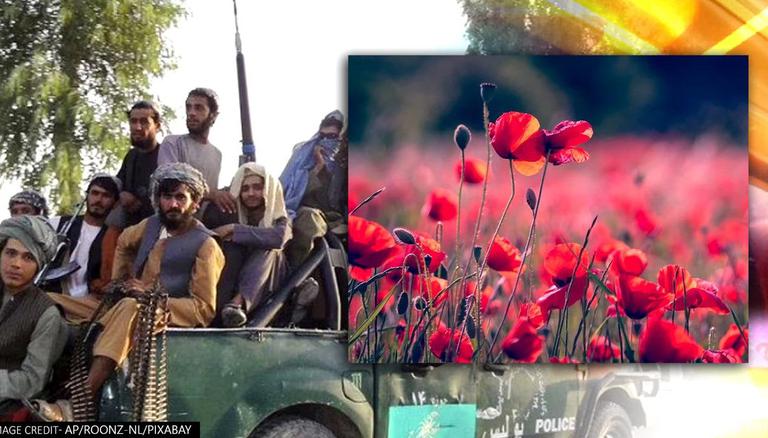 
Afghanistan will not produce any kind of narcotics, the Taliban said in the aftermath of seizing power in the war-ravaged country. While poppy trade has been the prime source of income for the insurgents’, the group on Tuesday announced that their new regime will make sure Afghanistan is narcotics free. The Sunni Pashtuns, who took over Kabul on Sunday, furthermore claimed that nobody would be involved in narcotics smuggling from now on.

For years poppy has been the largest source of the Taliban’s income, some estimates peg it around 60%. Back in 2000, the group banned poppy cultivation in a bid to get international legitimacy. However, soon they took a 'u-turn' after protests against the same grew. “Illicit narcotics are the country's largest industry except for war," said Barnett Rubin, a former State Department adviser on Afghanistan.

Poppy, from which opium is made, has played a pivotal part in Afghanistan’s GDP. At its all-time high in 2017, Afghan farmers sold over 9,900 tons of poppy, roughly worth US$1.4 billion, and contributed 7 per cent to the country’s overall GDP. Last year, despite COVID witnessing a surge, poppy production in the country went up by 37 per cent, as per United Nations Office on Drugs and Crime (UNODC). It also stated that more than 80 per cent of the world’s opium and heroin is supplied by Afghanistan.

The poppy produced in Afghanistan is shipped across the world- to Europe, Africa, and the Middle East. It is also transported across the highly patrolled border to smugglers in Iran via rudimentary catapults. After the Taliban takeover, the US State department assured that America would continue to back the Afghan residents with aid and with its counternarcotic efforts.

As US decided to withdraw its troops after 20 years from war-torn Afghanistan, the Taliban launched an offensive taking over cities like Kandahar, Herat, and Lashkar Gah, gradually encircling the government in Kabul. While Kandahar and Herat fell on Thursday, forcing government officials and their entourage to flee to the airport to escape the city by air, Mazar-e-Sharif fell on Friday, while Jalalabad and Lashkar Gah on Saturday, strengthening the Taliban's stronghold. Finally, on Sunday, as US troops evacuated all their diplomats, fleeing via helicopters, the Taliban held talks with the Ghani government and took over Kabul along with the Afghan military.