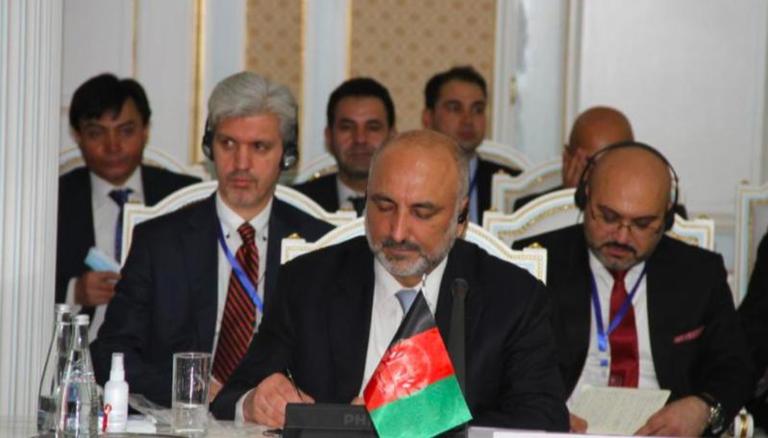 
Afghanistan has recalled its envoys and diplomats in Pakistan to Kabul, the Ministry of Foreign Affairs of the Islamic Republic of Afghanistan confirmed in an official release. “Following the abduction of the Afghan Ambassador’s daughter in Pakistan, the Leadership of the Islamic Republic of Afghanistan called back Afghanistan’s Ambassador and senior diplomats from Pakistan until all security threats are addressed including the arrest and trial of the perpetrators of abduction,” it announced, confirming the exit of high-level officials.

The Afghan foreign ministry added that a delegation will visit Pakistan soon to “assess and follow up on the case and all related issues; subsequent actions will follow based on the findings.”

Earlier on Sunday, Afghanistan had made its plan public about the possible withdrawal of all its ambassadors from Pakistan's capital Islamabad in the aftermath of the kidnapping and assault of the Afghan envoy to Pakistan Najibullah Alikhil’s daughter Silsila Alikhil. Silsila was taken hostage for several hours and “severely tortured” by unidentified assailants in the Pakistani capital Islamabad.

The “disturbing incident” was immediately investigated after the Afghan embassy briefed the Pakistani foreign ministry that Alikhil was kidnapped from the rented vehicle and badly assaulted. The 26-year-old had sustained injuries on her body had rope marks on her wrists and legs and was beaten before she was released, the ministry said.

Bilateral ties between the two Islamic Republics also deteriorated over Islamabad's incessant support of the Taliban terrorism that has claimed the lives of hundreds of thousands of Afghan national forces since the US-led coalition troop drawdown from the conflict-ridden territory.

Afghanistan’s Vice President Amrullah Saleh had confirmed the report earlier saying, “President Ashraf Ghani instructed the ministry of foreign affairs Afghanistan to call back our ambassador from Islamabad along with all senior diplomats.” He further continued, “The abduction of the Afghan ambassador's daughter and her subsequent torture has wounded the psyche of our nation. Our national psyche has been tortured.” Afghanistan’s Ministry of Foreign Affairs (MoFA) demanded that  Islamabad must apprehend the accused and arrange high-level security for the safety of Afghani diplomats.

The decision by the Government of Afghanistan to recall its Ambassador and senior diplomats from Pakistan is unfortunate and regrettable. 1/3 pic.twitter.com/X7cP1vyI6n

Pakistan’s Foreign Office meanwhile responded saying that the decision was “unfortunate and regrettable” and that the authorities were investigating the assault at the “highest level” on the orders of Pakistani PM Imran Khan. “We hope that the government of Afghanistan would reconsider its decision,” the Foreign Office said, adding that Pakistan’s foreign secretary Sohail Mahmood met with the Afghan envoy to brief him on steps being taken and reassured him of “full cooperation”.