Afghanistan's Peace Is In Interest Of All, Says US; Pushes For Political Ceasefire

Afghanistan is under violence from terror outfit of Taliban since US troops withdrew from the country. Now the US has urged political ceasefire in Afghanistan. 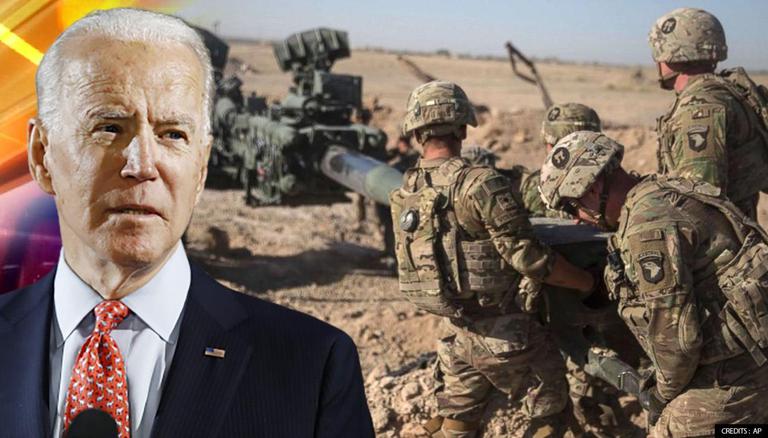 
As reports of surged violence in Afghanistan emerged with intensified Taliban operations, the US on Thursday urged all parties involved in the Afghan conflict to reach a negotiated political settlement. After the US military started evacuating Afghanistan territory, the Taliban terror outfit started making rapid territorial gains in the country and now the US has requested a permanent and comprehensive ceasefire. When asked if India should engage in talks with the Taliban, the US opined that the country has always promoted diplomatic discussions for peace in Afghanistan.

According to the US, peace in Afghanistan is 'in the interest of all'.

"A peaceful, stable Afghanistan is in the interest of all of Afghanistan's neighbours and countries in the region. Regional consensus and support for an Afghan-led and Afghan-owned peace process are important for enduring peace," a state department spokesperson told ANI.

As soon as the US troops left Bagram Airfield after nearly 20 years, the Taliban announced that it controlled 85 per cent of Afghanistan's territory, although the group’s claims cannot be independently verified. The revelation was made by Shahabuddin Delawar, a key negotiator for the fundamentalist group, who, speaking to media reporters in Moscow, boasted that the controlled area now encompasses 250 out of 398 districts. With US and NATO troops out of the Central Asian country, the Taliban inched closer rapidly to re-establish the Islamic Emirate in Afghanistan.

External Affairs Minister S Jaishankar had also met his Afghan counterpart Mohammad Haneef Atmar and discussed the situation in the war-torn country. Jaishankar had reached the Tajik capital for a two-day visit to attend the meetings of the Shanghai Cooperation Organization Council of Foreign Ministers and the SCO Contact Group on Afghanistan.

Taliban, in recent days, captured key border crossings with Iran, Uzbekistan and Tajikistan in an armed rebellion since the United States military abandoned the Bagram Airfield - its key base in Afghanistan -in the dead of night without notifying the Afghan forces. Taliban even destroyed or set ablaze at least 260 public service office buildings and looted the equipment in 149 districts, informed Nader Naderi, Afghanistan's Head of Independent Administrative Reform and Civil Services Commission (IARCSC). The terror outfit also re-imposed repressive laws and other retrograde policies on women that defined its iron fist rule from 1996 to 2001 including enforcing their version of Islamic Sharia law. As per news agency ANI, Frud Bezhan and Mustafa Sarwar wrote in Gandhara that the re-imposition of such repressive measures on Afghan women is the new brutal reality of tens of thousands of females who are presently living in areas, now captured by the Taliban.