After 'friend Or Foe' Remark, Liz Truss Agrees To Boost UK-France Ties In Call With Macron 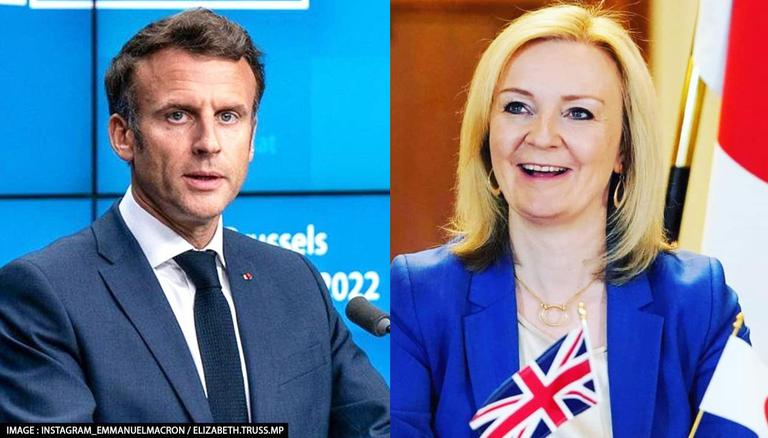 
Day after French President warned UK that Paris and London would face "serious problems" if they could not categorically state whether they were "friends or enemies", Emmanuel Macron held talks with newly-elected British Prime Minister Liz Truss on Saturday, September 10. During her first telephonic conversation with Macron, both leaders discussed the global energy crisis amid the ongoing war between Russia and Ukraine. "The leaders agreed on the value of a strong UK-France relationship as we work together to tackle the energy crisis caused by Putin’s illegal war, as well as other security, defence and strategic issues," Downing Street said in a statement.

Further, the French President also expressed his sincere condolences to Queen Elizabeth II, who passed away at the age of 96 on September 8. According to Downing Street, they both acknowledged the Queen's significant impact not only on Britain but on the entire world. UK Prime Minister Truss extended her gratitude to Macron for his words and also talked about strategic matters related to security and defence. Notably, the talks between the two leaders come amid strained relations between France and the United Kingdom.

What is the cause of rift between the UK and France?

Despite being strong NATO partners, France and Britain have had a number of disputes ever since the UK decided to leave the European Union (EU) in 2016. Further, tensions between the two countries have also escalated as a result of a variety of cross-Channel conflicts including migrant boat crossings, fishing licences, and the Northern Ireland protocol. Moreover, the two European nations have also "contrasting views" on Russia's ongoing invasion of Ukraine. Although during the Cold War, France and the UK were key allies in the West based on their governments' unwavering support for liberal democracy and capitalism.

Truss vows to judge Macron on his 'deeds' not words

During her election hustings in the last week of August, Truss had refrained from directly answering a question on whether the French President was "friend or foe"? However, she stated that the "jury is out" on whether Macron was a friend or foe. "If I become Prime Minister, I would judge him (Macron) on deeds, not words. The jury's out," Truss stated, as per CNN. Responding to Truss' remarks, President Macron stated that France and Britain would be in "serious trouble" if both nations were not in a state to firmly define their relations. However, he also stressed that Paris will always be an ally of London irrespective of who was at the helm of power.