As the Taliban took over Afghanistan, patrons of the popular Afghan music in Pakistan are shutting their offices. Some singers have even moved to Pakistan. 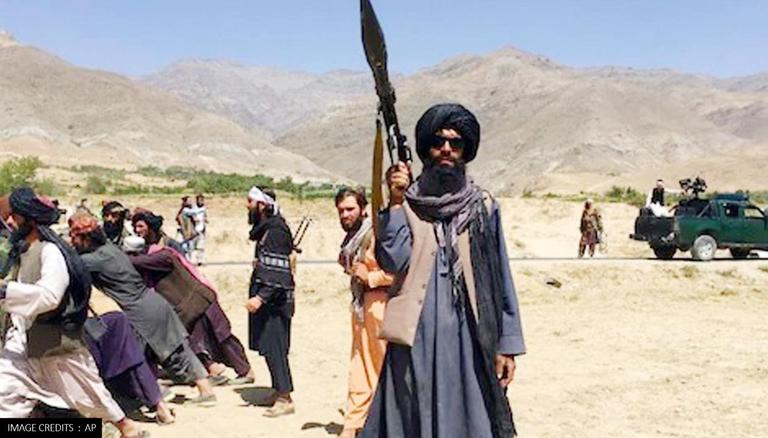 
As the Taliban took over complete control of Afghanistan, patrons of popular Afghan music in Pakistan are shutting their offices. Not only this, artists in Kabul are being forced to flee into hiding, resulting in cancellation of music programmes and huge losses for the entertainment industry. This latest development comes after the Taliban claimed victory over the opposition forces in the last holdout province of Panjshir on September 6.

Afghan artists fear for their lives

Musicians and artists have taken their instruments home, or crammed them into storerooms and are waiting to see if the terror outfit will again ban music as they did 20 years ago. As per a report by PTI, some artists and singers have started arriving in Pakistan in fear for their lives. Pasun Munawar, who is an Afghan singer said, "The Taliban will not leave us if we want our profession. All music programmes have been cancelled after the Taliban took control of Kabul."

Meanwhile, another singer Ajmal said that he changed his attire and arrived in Peshawar after the fall of Kabul. "We have no enmity with the Taliban. We consider them as our brothers, but are insecure under their rule because they do not like our work," he added. Gulab Afridi, who plays Rabab, an Afghan stringed instrument, said the ban on music events in Afghanistan will adversely affect the Pakistani artists as well.

Afgan singer Ashraf Gulzar said, "The Taliban have banned all music programmes in Kabul which is a matter of concern for the people associated with the music industry. The scheduled music events arranged with Pakistani artists in Kabul, Jalalabad, and other big cities of Afghanistan have been cancelled and as such the Afghan musical companies have gone bankrupt."

After the Taliban stormed into Kabul on August 15, Afghanistan's former president Ashraf Ghani resigned and fled the country with his associates. Since then, several persons have lost their lives in the chaos at the Hamid Karzai International Airport with thousands of people desperately trying to flee the country. This includes the death of at least 169 Afghans, 11 US Marines, a US Navy sailor, and a US Army soldier in a suicide bombing at the Abbey Gate of the Kabul airport on August 26. This led to US airstrikes on terrorists belonging to ISIS-K which claimed responsibility for this attack.

On August 31, the Taliban gained control of the Kabul airport after the last batch of US troops left Afghanistan. While the Taliban promised to form an "inclusive" government to run Afghanistan, it announced a 33-member caretaker Cabinet a day earlier which neither has women nor mainstream politicians from previous regimes. Mullah Mohammad Hassan Akhund, the chief of the Taliban's Rehbari Shura, is the new Prime Minister, and has two deputies in Mullah Baradar and Mawlavi Hanafi. Another member of the terrorist outfit, Sirajuddin Haqqani is the Interior Minister whereas Taliban founder Mullah Omar's son Mullah Yaqoob has been named the Defence Minister.

READ | Trump hits out at Biden on 9/11 anniversary, slams 'incompetence' in Afghanistan pullout