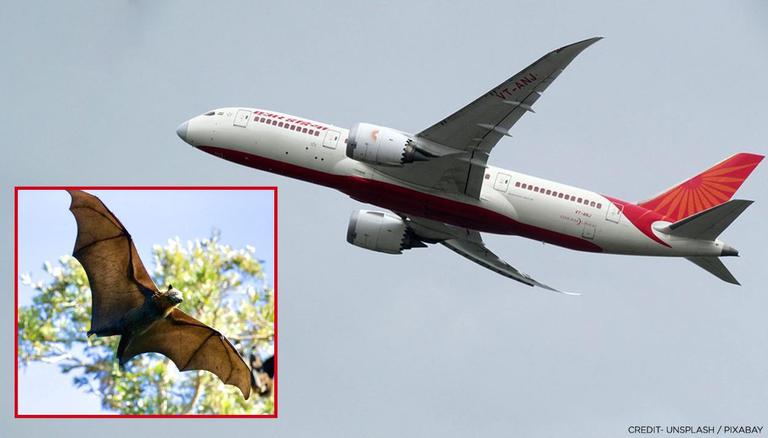 
In a surprising incident, an Air India flight that had taken off from Delhi Airport early on Thursday returned midway after the pilot reported the presence of a bat to Air Traffic Control (ATC). Air India flight left Delhi's IGI Airport for Newark (EWR) at 2:20 am as scheduled. The bat was spotted after the plane was in the air for about 30 minutes. The flight captain decided to take the plane back to the original base (Delhi).

"AI-105 DEL-EWR returned back to base (Delhi) after departure due to this local standby emergency was declared. On arrival, it was learnt that a bat was seen inside the cabin by crew members. Wildlife staff were called to catch and remove the bat from the cabin. The aircraft landed safely at around 3:55 am. Later flight was declared Aircraft on Grounded (AoG)," Air India officials told ANI.

DGCA speaks on the incident

DGCA officials said the bat was found dead inside the plane in the business class area and after the fumigation (method of pest control) was carried out the carcass of the bat was retrieved from the aircraft.

"Air India B777-300ER aircraft VT-ALM operating Flight AI - 105 (Delhi- Newark) was involved in air-turn-back due to bat reported in the cabin by cabin crew after departure. Fuel was jettisoned and the aircraft landed safely at Delhi. After landing fumigation was carried out and a dead bat carcass was retrieved from seat 8DEF area," a senior DGCA official told ANI.

"The probable reason/cause may be loading vehicles like those for catering because all the time rats/bats come from their vehicle only. The passengers were shifted to another plane and Air India flight AI-105 landed in Newark at 11:35 am local time,"  an Air India official told ANI.

WE RECOMMEND
Sushil Kumar brawl video shows Wrestler with a stick, thrashing Sagar Rana at Chattrasal
Union Min claims Delhi CM Arvind Kejriwal insulted Indian flag, says 'seems to be altered’
Delhi HC issues notice on 12-yr-old’s vaccination for children plea, to be heard on June 4
Twitter sued in Delhi HC over alleged non-compliance of IT rules amid tussle with Centre
Delhi govt to give Rs 5 lakh compensation to kin of those who died due oxygen shortage