A Coast Guard chopper rescued an unnamed person in Alaska who claimed he was stalked and repeatedly attacked by a grizzly bear for a week near Nome, US. 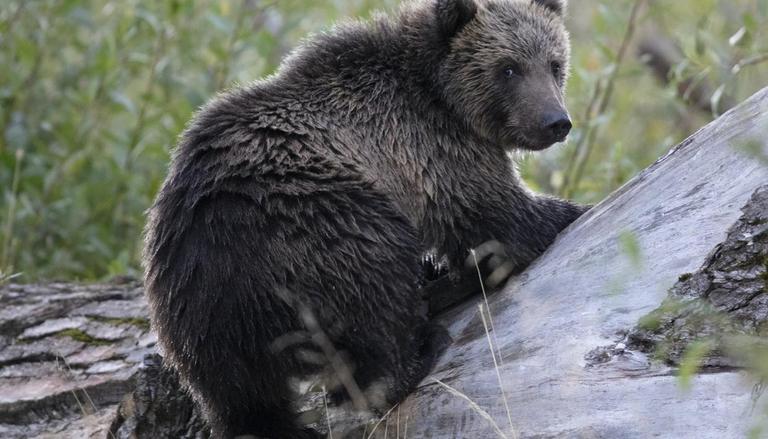 
A Coast Guard chopper rescued a man in Alaska who claimed he had been stalked and attacked by a bear for a week. An aircrew was on their way to the city of Nome in the western portion of the state on Friday when they observed an SOS sign on top of a shack. They observed a man waving two hands in the air, which is considered an international distress signal, after circling back near the hut.

The bear stalked and haunted the man for a week

When the crew arrived on the scene, the man informed them that he had been attacked by a bear and needed medical assistance. He stated he returned to the hut after the attack, but the bear returned and harassed him every night for a week. One of the pilots, Lt. Cmdr. Jared Carbajal told the New York Times that a bear had dragged him down to the river at some point. He was armed with a pistol. He also confirmed that the bear returned every night and that he hadn't slept in days.

According to the Coast Guard, the individual looked to have bruises on his body and an injured leg. He was then brought to Nome for medical treatment by the crew. Residents of Alaska are not seldom confronted with bears. The Alaska Department of Fish and Game reports that the state is home to all three species of North American bears black, brown, and polar, stating that "Alaska is bear country."

From 2000 to 2017, 68 people in Alaska were hospitalised and ten people died as a result of bear attacks, according to state health officials. In June, a woman reported being assaulted by bears and went missing for more than a day.

Bear attacks are frequent these days. Recently, a Russian couple Anton and Nina Bogdanov had a harrowing experience after being forced to go 10 days without food and hang from trees to avoid becoming the prey of a bear. They'd gone to the Banniye thermal springs in eastern Russia. Unfortunately, their Mitsubishi Pajero became stuck in a deep puddle in the Kamchatka region. The couple spent the night in their SUV before seeking help from a tourist station near the springs. They had no choice but to depart their current location due to the lack of a mobile signal.