Nato chief Jens Stoltenberg stated that during the next summit in Madrid, allies would make choices to "keep NATO strong in a more competitive world" 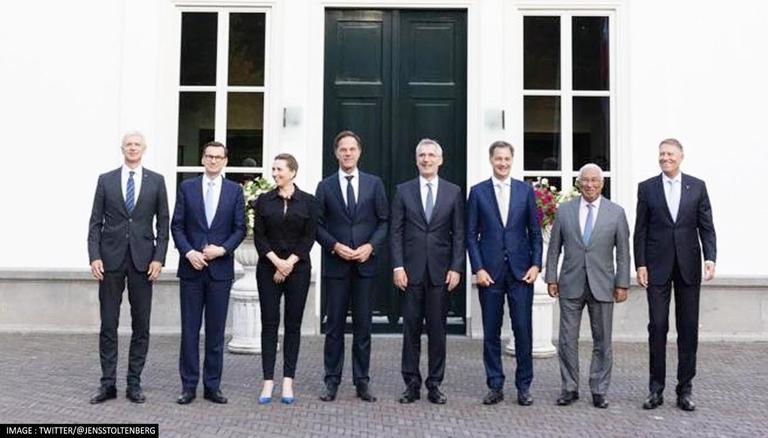 Excellent meeting with 🇧🇪🇩🇰🇱🇻🇳🇱🇵🇱🇵🇹🇷🇴 in The Hague to prepare for a historic #NATOSummit. In Madrid, Allies will take decisions to keep NATO strong in a more competitive world. Thanks to @MinPres for hosting, to @Statsmin for co-hosting, and to all for the productive discussions. pic.twitter.com/iu6AMIKNDp

Notably, the Madrid summit, which will take place from June 28 to 30, will cover topics such as NATO troop stance and assistance for Ukraine amid the Russian aggression.

Meanwhile, in spite of Turkey's refusal on their entrance to the alliance, Finland and Sweden may attend the forthcoming NATO summit in Madrid as non-member invitees, according to United States Ambassador to NATO Julianne Smith.

Furthermore, on Tuesday evening, NATO chief Stoltenberg met with a number of leaders before the NATO summit, which includes Sweden's Prime Minister Magdalena Andersson as well as her Danish counterpart Mette Frederiksen. The meeting took place at the official house of Dutch Prime Minister Mark Rutte in The Hague. The leaders have addressed Sweden and Finland's bids to enter the US-backed military alliance, as per The Associated Press.

Great to visit @SwedishPM Magdalena Andersson to discuss #Russia's war in #Ukraine & #Sweden's #NATO application. The concerns raised by our Ally #Türkiye must be addressed & taken seriously. We are working to find a solution as soon as possible. pic.twitter.com/l4tBZPpcNi

Good to meet President @niinisto to discuss #Finland’s application for #NATO membership. We are taking the security concerns raised by #Turkiye seriously & will remain in close contact with our Ally Türkiye & partners Finland & #Sweden to find a common way forward. pic.twitter.com/fUq1hQCsQk

It is pertinent to note that after decades of military non-alignment, both countries have applied to join NATO earlier this month. The situation altered dramatically when Russia invaded Ukraine on February 24, as per Sweden's Prime Minister. Further, last week, Stoltenberg accepted Sweden's and Finland's membership applications, despite worries that Russia was planning to threaten the Nordic nations. Turkey, which had previously threatened to impede Sweden and Finland's intentions, blocked the US-backed military alliance's initial stage. President Tayyip Erdogan of Turkey encouraged NATO partners to recognise and support Ankara's security concerns.

READ | Biden: Temporary silo plan to get Ukraine grain out

Apart from this, Smith asserted that the US is working behind closed doors to answer Turkey's worries about Finland and Sweden's future membership in the alliance. The move by Finland and Sweden to apply for NATO membership is historic, according to NATO Secretary-General Jens Stoltenberg.

The NATO Defense Ministers Meeting will take place in Brussels on June 15-16. The event is open to the European Union, Georgia, Finland, Sweden, and Ukraine, ANI reported.

READ | Germany refutes delay in weapon delivery to Ukraine; says "to be delivered after training"