It was December 2019, that a handful of people in the Chinese city of Wuhan fell ill in what authorities said was a “mysterious” pneumonia outbreak. 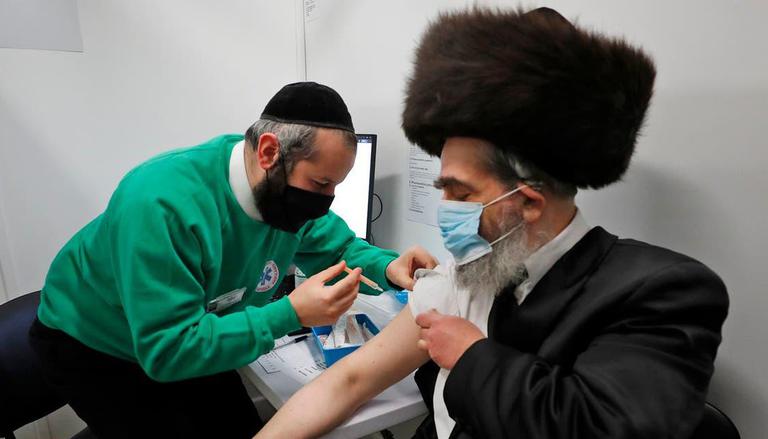 
It was December 2019, when handful of people in the Chinese city of Wuhan fell ill in what authorities said was a “mysterious” pneumonia outbreak. Soon, it spiralled into one of the most lethal diseases that humankind has ever witnessed- the coronavirus. As cases increased, so did research and in July 2020, Russia announced the Sputnik V vaccine to tackle the infection. Soon a barrage of other shots including those from Moderna, AstraZeneca/Oxford, BioNTech made it to the markets. However, a problem emerged - more and more people started demanding religious exemptions from the coronavirus vaccine mandate.

The US Constitution guarantees Freedom of Religion in the first article and religious exemptions are federally protected in the Civil Rights Act of 1964. However, the provisions are increasingly used by residents to dodge immunisations. A recent report by the Associated Press revealed that a total of 12,000 troops in the US Defence Forces have demanded a religious exemption from jabs. In Washington, one out of 5 fire workers has called for a religious exemption to vaccines while in Los Angeles more than 26000 police officers have said that their religion does not allow them to get inoculated. Notably, some conscientious vaccine objectors are banking on the idea that vaccine mandates will simply peter out with time.

A similar situation has emerged in Indonesia where a majority of residents believe that vaccination is not permitted under Islamic law. Notably, Indonesia is the largest Muslim nation by population and such beliefs have crippled the country’s overall inoculation rates. However, one muslim doctor speaking to Interfaith America said, "In the Qur’an, God – Exalted Be He – proclaims that we should “…ask the people endowed with knowledge… if we do not know" urging muslims to follow vaccination guidelines metd out by experts and healthcare professionals.

In Israel, walls of orthodox Jewish neighbourhoods have been spotted with anti-vax posters. One poster, as seen by NPR read, “The vaccines for corona are suspected of dark conspiracies and grave dangers," one poster read. "Who knows if more than a thousand people who died in the Holy Land, may the All-Merciful protect us, would have stayed alive if they would not have taken the vaccine," read another. However, the government has found a way to counter them- by sticking a pro-vaccination poster on the top of it. Notably, the National Institutes of Health (NIH) in a report asserted that outbreaks of measles and coronavirus are particularly acute amongst Jewish communities in Israel, North America and  Europe.

READ | Three members of the K-pop group BTS have COVID

Regardless, Pope Francis has repeatedly urged people to get vaccinated across the world. During a virtual address earlier this year, the pontiff said that taking the COVID-19 jabs was "an act of love." He also lauded the efforts of researchers and scientists who developed a safe and effective vaccine and pointed out that the vaccine can only protect us from the COVID-19 pandemic "if we take it."