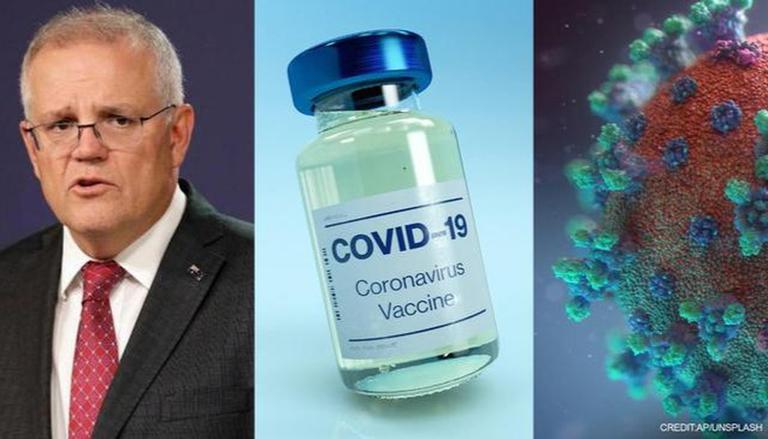 
Amid rising coronavirus cases, Australia’s Prime Minister Scott Morrison on July 22 apologised for the country’s slow vaccine rollout. Morrison is under fierce public pressure to improve the vaccination rate, which currently stands at around 11 per cent, among the lowest rate of any rich nation. While speaking during a press conference, the Australian PM said “sorry” for not achieving the goal that the government had hoped for at the beginning of the year and added he takes full responsibility for the vaccination programme.

He added, “I’m certainly sorry that we haven’t been able to achieve the marks that we had hoped for at the beginning of this year”.

The Australian PM's comments come as Sydney recorded a record jump in new coronavirus infections. Authorities in locked-down Sydney have warned residents to brace for a spike in infections and long-term restrictions. The government has also threatened fines for employers who force employees to come to the office amid rising coronavirus cases.

The state of New South Wales, on the other hand, reported 124 new cases, which is a record for a current outbreak that is spreading quickly across the nation. State premier Gladys Berejiklian has reportedly warned that the number of cases might go even higher. "I can't underscore what a serious situation we're in at the moment," she said.

Meanwhile, due to a sluggish COVID-19 vaccine rollout, Morrison’s approval ratings fell to the lowest level in more than a year, according to a poll published in The Australian. The Newspoll showed Morrison’s public support has dropped by two points to 51 per cent over the last three weeks, which is the lowest since he faced criticisms last year over his response to devastating bushfires. As per the report, a slow vaccine rollout dented voters’ confidence in his conservative government as it left Australia exposed to a deadly new wave of the coronavirus pandemic.

The Australian reported that if the poll result was replicated at an election, the conservative government would suffer a “significant defeat” against centre-left Labor. The media outlet said that Morrison’s popularity had initially surged during the COVID-19 crisis as measures including closing the international border, social distancing and speedy contact tracing kept Australia’s overall exposure comparatively low. However, delays with the vaccine rollout have reportedly frustrated voters.