From World War 3 To Solar Tsunami: Here Are Baba Vanga's Scary Predictions For 2023

Baba Vanga, a clairvoyant mystic who is most known for predicting the 9/11 attacks in the United States, has now indicated the possibility of World War III. 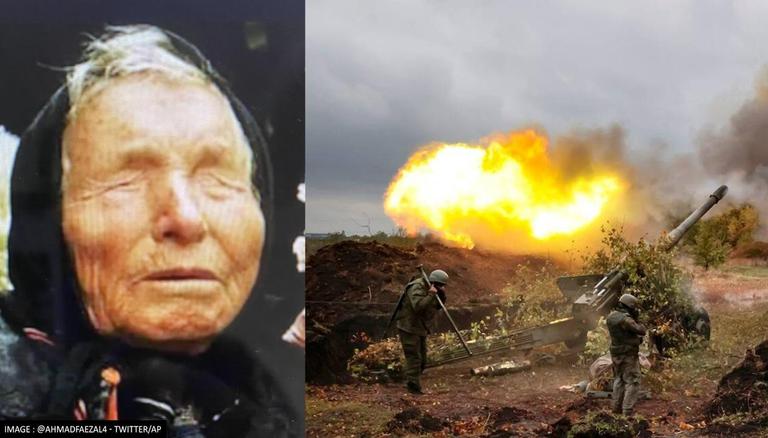 Baba Vanga, a clairvoyant mystic who is most known for predicting the 9/11 attacks in the United States, has now indicated the possibility of World War III. As 2023 is soon to arrive after nearly 2 months, people all across the world are interested in knowing what the new year would bring.

Russia commenced its unjustified aggression against Ukraine on February 24 and since then the war-torn nation has suffered extensive damage and fatalities. Furthermore, several analysts have predicted the likelihood of "World War 3" as the war continues to rage in Ukraine and both sides have failed to reach a peace deal.

The well-known Baba Vanga predicted a possible third world war in 2023. As per Baba Vanga’s prediction, a big nation would use biological weapons. Given the current state of affairs, the conflict between Russia and Ukraine now poses a serious threat to the entire globe. It is to mention that Russian President Vladimir Putin has repeatedly threatened to deploy nuclear weapons amid the ongoing war in the Eastern Europe.

Baba Vanga even claimed that 2023 will see a solar storm or a solar tsunami which will severely devastated the magnetic shield of the planet, according to Irish Mirror.

Previously in February, Baba Vanga’s prediction about Vladimir Putin had gone popular on social media as Russia launched a military operation in Ukraine. The blind mystic's forecast that appeared to be about Putin stated that he would ascend to power. Putin will one day "rule the world," according to Baba Vanga, and no one will be able to prevent Russia from assuming this position.

According to Baba Vanga, Russia would rise to become the "lord of the world," while Europe would devolve into a wasteland. She made a probable connection to Putin as indicated, "All will thaw, as if ice, only one remain untouched - Vladimir's glory, the glory of Russia," adding, "Nobody can stop Russia,” as per media reports.

Baba Vanga, known as the "Nostradamus of the Balkans," has made a number of predictions. The mystic said that she learned how to predict the future after losing her sight at an early age.