With no govt in Afghanistan after Taliban's takeover, Bangladesh I&B Minister Dr Hasan Mahmud said his country is closely monitoring the Afghanistan situation 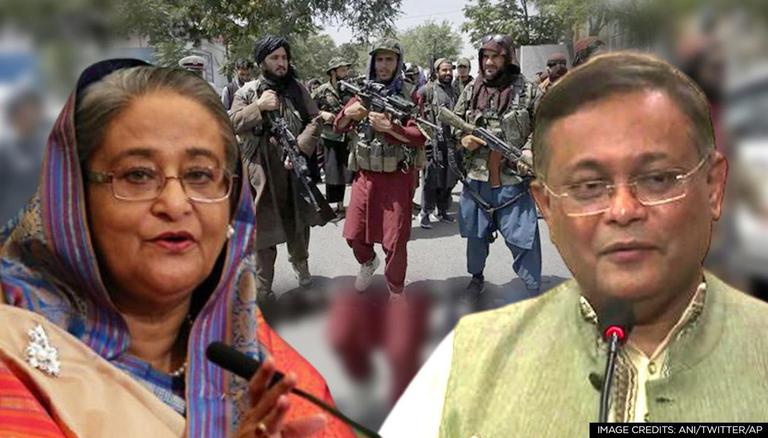 
As the situation is getting grievous by the day in Afghanistan since the hostile takeover by the Taliban, there is very little the global community is able to do besides withholding the legitimacy of the Taliban. As India has decided to adopt a 'wait and watch' strategy, Bangladesh also seems to have decided to follow the Indian approach as the Taliban Government formation in Afghanistan is being delayed over and over again.

India has adopted a 'wait and watch' strategy and India's deliberation with the Taliban has been 'limited' as the situation remains fluid in Afghanistan. On August 31, the Taliban delegation met with the Indian delegation in Doha. The meeting occurred at Indian Embassy in Doha at the request of the Taliban. Ambassador to Qatar Deepak Mittal met with the head of the Taliban’s political office, Sher Mohammad Abbas Stanekzai and demanded that Afghanistan soil must not be used for any terror activities against India while also demanding the safe evacuation of Indians from Afghanistan.

Evolving geopolitical situation due to Taliban's takeover of Afghanistan

Taliban's sudden takeover of Afghanistan has disturbed the geo-political situation in the region along with Pakistan and China diving in to favour the Taliban despite the global condemnation of the terrorist group. Moreover, the Taliban returning to power has led to many experts cautioning the rise of Islamic terror in the South Asian continent with Pakistan at the helm of channelising the radical terror towards the Indian subcontinent.

The Panjshir's Northern Alliance, which has been fighting the Taliban, was attacked by the terrorist group on Monday. National Resistance Front of Afghanistan (NRFA) leader Ahmad Massoud on Monday revealed that the Taliban is getting air support from the Pakistan air force and ISI.

Iran has taken umbrage in Pakistan's direct role in the Taliban's offensive against Panjshir. The Iranian Ministry of Foreign Affairs issued a strong warning to Pakistan over its involvement in the Panjshir operation in Afghanistan on Monday. Issuing a statement, Iran called the Taliban's military offensive 'truly worrying' and said that it would initiate a probe into Pakistan's role in the attack. Condemning the Taliban attack, Iran said that the 'martyrdom' of the Panjshir commanders is utterly disappointing. The spokesperson was quoted by Tehran Times as saying, "The intervention of Pakistan in the Panjshir attacks is currently under examination."