Bangladesh PM Sheikh Hasina is scheduled to arrive in India on September 5, to begin a four-day trip during which she will discuss opportunities for commerce 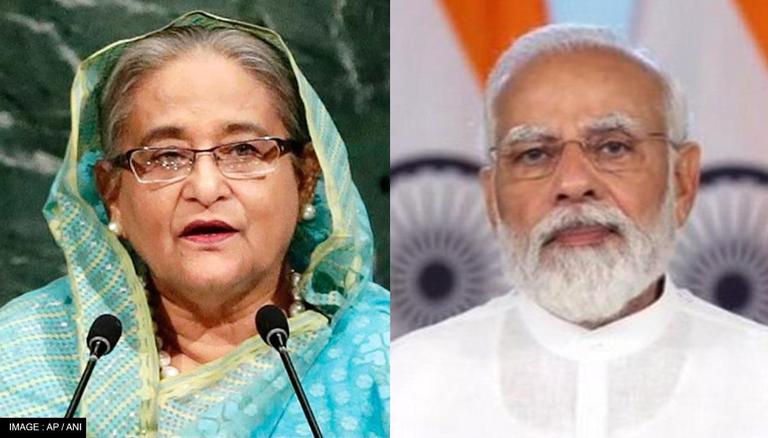 
The Prime Minister of Bangladesh, Sheikh Hasina is scheduled to arrive in India on Monday, September 5, to begin a four-day trip during which she will discuss opportunities for commerce and investment as well as connectivity, energy, and food security. Referring to Hasina’s visit, Bangladesh's Foreign Minister AK Abdul Momen on Sunday stated that seven accords are anticipated to be signed between Bangladesh and India in fields including water management, railways, and science and technology.

Besides this, Momen said, “We hope the visit will be very successful. It will help achieve our goals," the Daily Star newspaper reported. The paper even reported that during the discussions between Hasina and PM Modi, matters related to border management, fighting drug smuggling and human trafficking, investments, improved trade relations, power and energy sector cooperation, water sharing of common rivers, water resources management, and security cooperation would probably be the priority.

Notably, the upcoming visit of the Bangladesh PM would take place nearly after three years. In 2019, she last travelled to India.

9 AM: RECEPTION AT RASHTRAPATI BHAWAN

In regards to culture, business, language, political history, as well as religion, Bangladesh and India have a lot in common. Even though India played a crucial role in Bangladesh's independence, ties between New Delhi and Dhaka have never been particularly cordial or trouble-free. Further, the visit of PM Modi to Dhaka has improved ties between the two nations. Several agreements have been made in recent years between the nations in both the diplomatic and economic spheres.

The bilateral relationship between India and Bangladesh has developed through time into a typical example of collaboration wherein potential issues are amicably resolved via agreements and fruitful discussions. The two nations share many resources and issues since they are part of one uninterrupted geographical, historical, and cultural continuum, ANI reported.

One of the most noteworthy resources that the two nations share is rivers. Given that India and Bangladesh share 54 rivers, the subject of water management and distribution is a top priority for bilateral cooperation between Delhi and Dhaka. Seven of these rivers have been chosen by the two nations as the top priority for the framework of water-sharing agreements.