Beirut Blast: Families Of Victims Protest Against Suspension Of Investigation 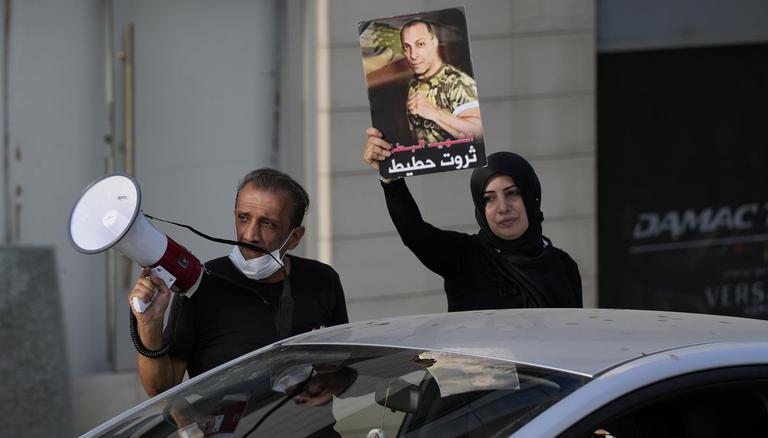 
Families of the victims of last year’s Beirut port explosion have joined hands to protest against the suspension of an investigation into the blast that killed more than 219 people. On September 27, lead judge Tarek Bitar was coerced into suspending the investigation after accused interior minister Nouhad Machnouk formally requested his exclusion from the case. As of now, nobody has been held accountable for the August 2020 blasts that obliterated the Lebanese capital and left more than 7,000 injured.

Scores of people coalesced on the streets to demand that lead judge Tarek Bitar be allowed to resume his investigation. Bitar is the second judge to lead the probe after Fadi Sawan - who was expelled after he was charged country's former PM Hassan Diab, former finance minister Ali Hassan Khalil, and former public works ministers Youssef Finyanus and Ghazi Zaiter, with negligence.

Notably, this wasn’t the first time that demonstrations calling for a full-fledged enquiry was held. Families and friends of victims have been demanding justice for more than a year now. Speaking to BBC, Hiam Bekaai, whose son was killed in the tragedy asserted that there was no country without justice.

🆘 BREAKING:#BEIRUT: 217 people were killed TODAY while over 7,000 people were wounded and maimed TODAY and over 330,000 families were displaced TODAY... AGAIN!

Judge Tarek Bitar has been FORCED to suspend the investigation into the #BeirutBlast.#BeirutBombing #August4 pic.twitter.com/iaqRxtqQU8 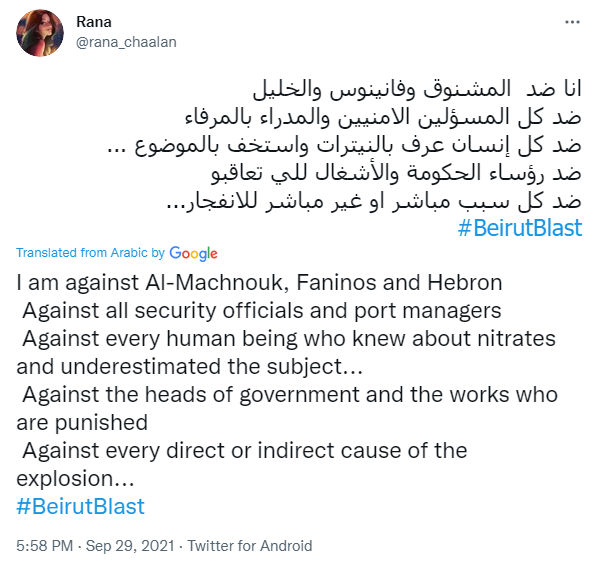 A colossal explosion rocked the Lebanese capital Beirut on August 4 killing over 157 and injuring over 4,000 people. An investigation to find the exact trigger of the explosion is underway, however, officials are blaming tons of ammonium nitrate stored inside the safe house for the destruction. Recently, the country’s Prime minister Hassan Diab revealed that the dangerous warehouse, which exploded stored 2,750 tons of ammonium nitrate for the past 6 years.

However, he said that he would not like to ‘pre-empt the investigation.’ Calling it a catastrophe, he demanded the strictest punishment for those responsible. President Michel Aoun also condemned the “unacceptable” storage of the dangerous material, declaring a three day mourning period in the country. In addition, he has also announced a release of 100 billion Lira of emergency funds to tackle the devastation. In the aftermath of the explosion, the Country’s Defense Council has said that those responsible would face maximum punishment.

READ | Police use tear gas to disperse protest in Beirut