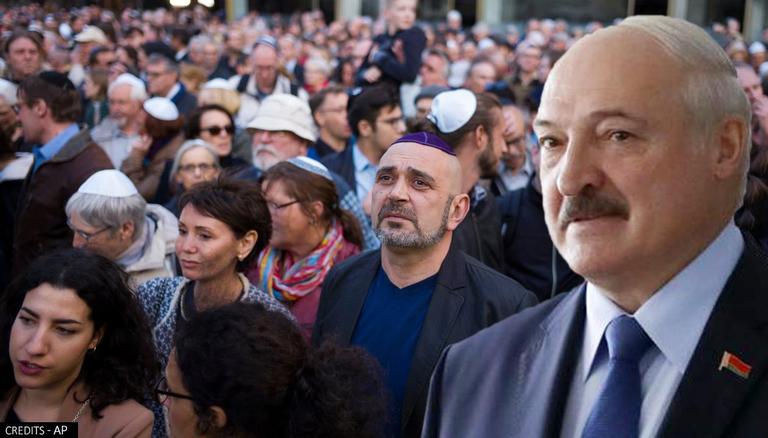 
‘Whole world bows to Jews’ due to the holocaust, said Belarusian President Alexander Lukashenko triggering a furious response from Israel which termed the remarks “unacceptable.” On the occasion of a memorial service for Soviet soldiers who died fighting Nazi Germany, the embattled leader said, “Jews were able to make the world remember [the Holocaust], and the whole world bows to them, being afraid of saying one wrong word to them.”

Reportedly, he added, “On our part, we, being tolerant and kind, did not want to hurt anyone’s feelings and let the things down to the point when they have started to hurt us.” Lukashenko also said that there must be an acknowledgement of the role Belarusians had in the fight with nazis alongside Soviet forces. He further stressed that more work is required to ensure that people remember the country’s part during World War II.

Lukashenko maintained that investigations had already begun regarding alleged Nazi crimes on Belarusian land during the same period which he termed to “Belarusian Holocaust." On July 3, as Belarusian leader made the remarks Israeli President Reuven Rivlin extended Independence Day greetings to Lukashenko underlining the relations between Jews and Belarus. Rivlin said, "Many representatives of the Jewish people have lived in Belarus for centuries, immigrated to the State of Israel and made valuable contributions to the education and development of the state."

“I have already said that we began to do this, investigating the crimes of Nazism on the Belarusian land. This is akin to the Belarusian Holocaust, or the Holocaust of the Belarusian people. The Jews were able to prove it. The whole world today bows before them, they are even afraid to point a finger at them, and we are so tolerant, so kind, we did not want to offend anyone,” Lukashenko said.

As per the Times of Israel report, the Israeli Foreign Ministry on July 6 denounced the statements made by the Belarusian President and called them “unacceptable”. Israeli foreign ministry reportedly also said that Gary Koren, deputy director-general for Eurasia and the Western Balkans, had summoned the chargé d’affaires at the Belarus embassy in Israel for a meeting to discuss the incident.