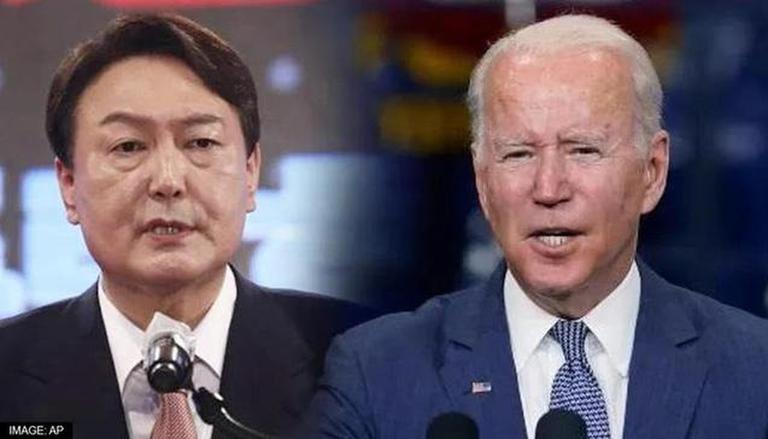 
US President Joe Biden and his South Korean counterpart Yoon Suk-yeol, on Saturday, held their first meeting in Seoul and discussed a wide range of issues including the North Korean threat and navigation freedom in the South China Sea. During the meeting, both leaders vowed to expand joint military exercises in response to threats from North Korea. The Presidents of both countries agreed to initiate discussions to expand the scope and scale of joint military exercises and training on and around the Korean Peninsula in the wake of the growing threat posed by North Korea.

Meanwhile, Presidents Biden and Yoon also reaffirmed the US' resolve to deploy strategic military assets in a timely and coordinated manner as needed, as well as to improve existing deterrence measures and seek additional initiatives to counter North Korea's destabilising activities. In this regard, the US and the Republic of Korea (ROK) pledged to further enhance their collaboration to combat a variety of cyber threats posed by North Korea, including state-sponsored cyber-attacks. President Yoon and President Biden reaffirmed their shared aim of complete denuclearization of the Korean Peninsula and agreed to further accelerate their watertight cooperation efforts to achieve this goal.

Furthermore, the two Presidents agreed that North Korea's nuclear programme poses a serious threat to peace and stability of not just on the Korean Peninsula, but also throughout Asia and the world. Both leaders also denounced North Korea's escalating ballistic missile tests this year, which included multiple Intercontinental Ballistic Missile (ICBM) launches, as flagrant violations of UN Security Council resolutions. They also emphasised that the path to discussion with North Korea remained open for a peaceful and diplomatic conclusion, and also urged Pyongyang to resume talks on the matter.

Meanwhile, Presidents Biden and Yoon underlined their commitment to peace and stability, and unrestricted commerce including freedom of navigation, overflight, and other authorised uses of the waters, especially in the South China Sea. The two leaders emphasised the importance of maintaining peace and stability in the Taiwan Strait as a key component of Indo-Pacific security and prosperity. Moreover, both leaders also pledged to support human rights and the rule of law globally, citing their shared concerns about human rights situations in the Indo-Pacific region.