Amid Boris Johnson's humiliating departure, Biden suggested that the "special relationship" between the UK and Washington will continue without hindrance. 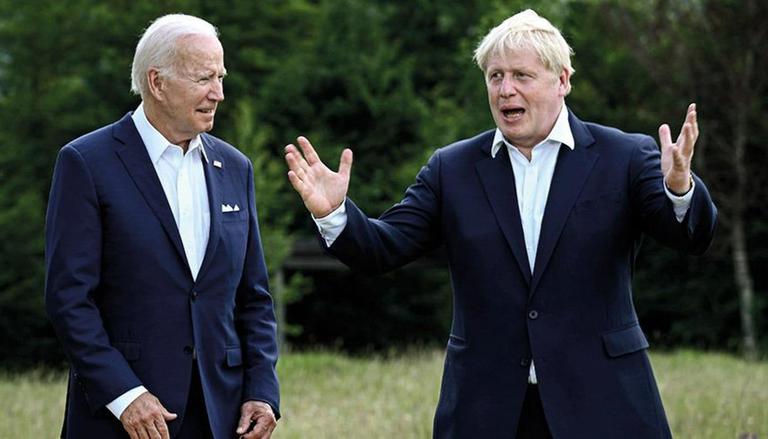 
Amid Boris Johnson's humiliating departure from 10 Downing Street, US President Joe Biden on Thursday suggested that the "special relationship" between the UK and Washington will continue without hindrance. In a letter acknowledging Johnson's step down without mentioning his name, the 79-year-old American leadership confirmed that the ties with Britain will remain "strong and enduring" while continuing to tackle major issues on a global platform. Western media quoting White House officials indicated that Johnson's resignation was met with much "some relief" after years of tension, especially over Brexit.

"I look forward to continuing our close cooperation with the Government of the United Kingdom as well as Allies and partners around the world on a range of important priorities," Biden said in a statement.

The American President added that the "strong and united" approach will include support for the people of Ukraine as they strengthen their fight against Russia's "unprovoked" attack on their democracy. He stressed, that the US will also continue to maintain "strong cooperation" on holding Moscow responsible for its atrocities committed in the east European nation. Surprisingly, Biden's statement came despite he was seen sharing a bond with Johnson during the two significant summits in Germany and Madrid held end of last month. They were mostly snapped enjoying each other's company at the Group of Seven (G7) convention in Germany.

READ | What’s next for UK? Boris Johnson quits, but not gone yet

However, according to The Guardian, Washington is now looking ahead for a "less-chaotic" replacement for Johnson. "When the dust settles in London, Johnson's resignation will do more good than harm to the US-UK relationship," said former White House advisor, Charles Kupchan. He explained, that Johnson has mostly "lurched" from one crisis to another, and the White House requires a "steady hand on the steering wheel." Kupchan claimed Johnson failed to provide the political strength that the US and global geopolitical landscape demands right now.

UK PM Boris Johnson was forced to step down on Thursday after facing bruising defeats in the by-elections and massive flak for over months in the Partygate Scandal. While Johnson caved amid pressure from his own Conservative members, he expressed willingness to continue as "caretake" PM until there was a solid replacement before the fall elections. Looking at the eye of an interim term, Johnson promised his cabinet ministers that he does not intend to implement "major changes of direction" or take any fiscal decision at the time, BBC reported. Notably, newly-appointed Welsh Secretary Robert Buckland told BBC that the cabinet agreed to Johnson serving as interim PM.