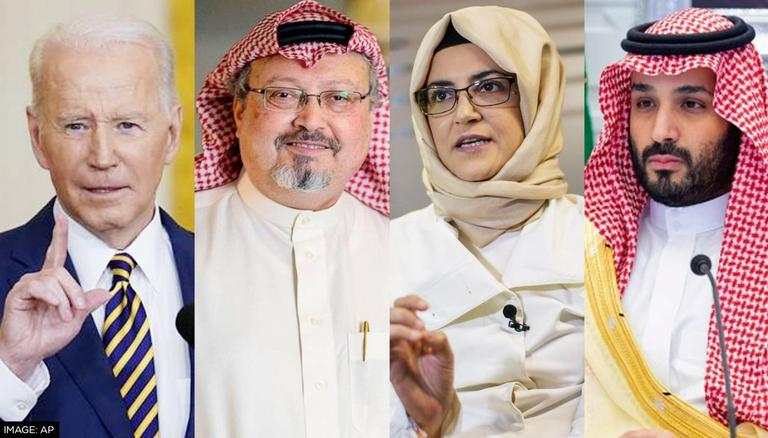 
Slain journalist Jamal Khashoggi's fiancee Hatice Cengiz on Friday slammed US President Joe Biden for his friendly meeting with Saudi crown prince Mohammad Bin Salman, saying that Biden owns the “blood” of the prince’s “next victim”. According to pictures circulated on Friday after Biden landed in Jeddah, the US President fist bumped Salman (a.k.a MBS), who is accused by the American Intelligence Office (CIA) of ordering Khashoggi's murder. Taking to Twitter, Khashoggi's fiance posted a mock-up tweet (which she believed her deceased partner would have written) saying: "Hey @Potus, Is this the accountability you promised for my murder? The blood of MBS' next victims is on your hand" along with the photo that was wildly popular of Biden fist-bumping with MBS.

In an interview with the Associated Press from Turkey, Cengiz called Biden's move "heartbreaking," accusing him of failing to fulfill his role in upholding human rights concerns. She also urged Biden to seek more answers from Saudi- a country she described as a "terrible ally." Recalling the day she had accompanied Khashoggi to the Saudi Consulate in Turkey, Cengiz said: "That day destroyed my life. I don't want to remember any part of it."

Biden's act came as a surprise after he had in the past mostly publicly dissed MBS and called him out for taking account of the murder. Even the White House ahead of Biden's Middle East visit said that there will be no meeting between Saudi's de facto leader and Biden, rhetoric that later changed since the US President began his trip. The highly casual greeting was also met with withering criticism from the Washington Post, where Khashoggi was a columnist. "The fist bump between the President and Mohammed Bin Salman was worse than a handshake- it was shameful," said WP CEO Fred Ryan.

The gesture projected "a level of intimacy and comfort that delivers to MBS the unwarranted redemption that he is seeking," Ryan added. Democrat Representative from California Adam Schiff also called out Biden's move. He said the fist bump was a visual reminder of the "continuing grip oil-rich autocrats gave on US' foreign policy in the Middle East." To note, US Intel reports that Biden declassified after assuming office outlines that Khashoggi's murder could not have been executed without MBS overseeing it. Biden, following the incident, shunned MBS as a "pariah."

Biden on Friday tried to downplay the loads of blistering criticism that erupted after the images of his gesture were broadcast, saying that he raised the issue of Khashoggi's killing. “With the respect to the murder of Khashoggi, I raised it at the top of the meeting, making it clear what I thought of it at the time, and what I think of it now,” Biden said. “I made my view crystal clear. I said very straightforwardly, for an American president. To be silent on the issue of human rights is inconsistent or inconsistent with who we are and who I am," he added.