Brazil President Jair Bolsonaro, during UN General Assembly, dismissed the allegations levelled against his government for not handling the coronavirus pandemic 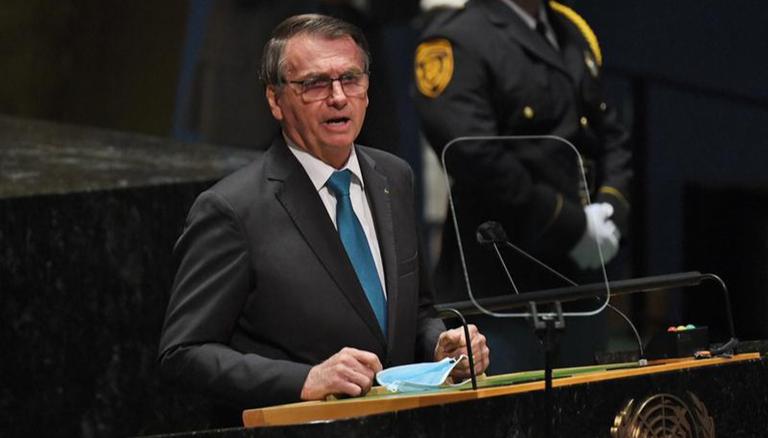 
Brazil President Jair Bolsonaro on Tuesday dismissed allegations levelled against his government for not handling the COVID pandemic properly at the UN General Assembly. During the Assembly, Bolsonaro picked up the recent data that indicated less deforestation in the Amazon and reiterated the same to defend the allegations levelled against him and his government regarding mismanagement in handling the wildfires. It is worth noting that the Brazilan President flouted the rule of the General Assembly by participating in the session without taking the COVID vaccination.

According to the guidelines framed by the UN General Assembly, all attendees must be vaccinated against COVID-19 before joining the session. Notably, he was infected with the deadly virus last year, despite, on several occasions, he defended his choice and said he would remain unvaccinated as getting a shot is a personal and medical decision.

"By November, everyone who chooses to be vaccinated in Brazil will be attended to," Bolsonaro said in his speech. “We support vaccination. However, our government has opposed vaccine passports or any obligation to get a vaccine."

Apart from Bolsanaro's personal decision to not get vaccinated, the Brazil President bolstered his decision to use hydroxychloroquine as an early treatment of the COVID-19 disease. It is worth noting that the anti-malarial offered initial promise but, scientists have roundly dismissed it as ineffective against COVID. During the initial days of the pandemic, Brazil had witnessed massive chaos due to its government's decision to administer hydroxychloroquine in the treatment of the deadly infection. "We don’t understand why many countries, along with much of the media, positioned themselves against early treatment. History and science will know how to hold all of them responsible," Bolsonaro said in his defence.

Further, the Brazilian President bolstered his government's decision to support the poor and vulnerable section of the society by providing monthly payments. However, the generous scheme was withdrawn, which fueled poverty in the country. It is worth mentioning Jair Bolsonaro's rating has been continuously dropping due to his mishandling of the COVID pandemic. Brazil has recorded the world's second-highest COVID-19 death toll, with more than 5,90,000 dead. Moreover, the Brazilian President also has to face international isolation following the defeat of his right-wing counterpart former US President Donald Trump.