A cute little Quokka has become an Instagram sensation after a 23-year old wildlife photographer captured the adorable moments of the camera-friendly animal.

A cute little Quokkas has become an Instagram sensation. The adorable pictures of this camera-friendly animal will certainly make your day. A 23-year old captured several poses made by Quokkas with cute expressions and playful behaviour.

Quokka are littles less known animals, however, they are of the size of a domestic cat. The small macropod species is indigenous to the Western Coast of Australia. For Suzan, who is a Quokka lover, has turned her love into her passion. Suzana Parava, Australia's Perth-based photographer who loves to capture the adorable expressions of Quokka. She has posted several images of the animal on her Instagram feed and turned them into an internet sensation. The animal is camera-friendly and one can see them posing.

Parava, said that capturing the special moments of Quokka is not an easy job, it takes a lot of patience and is a time-consuming process. As a photographer, it is important to make the animal feel comfortable and also to frame the right moments. The pictures of Quokka on her Instagram feed were liked by several people. She has a huge fan following of 95k followers. She said that animals need to be respected and require their space. The animal is also described as the happiest animal in the world. Well, the pictures are winning heart across the internet and surely one cannot take their eyes off them.

The British Ecological Society on its official website released the winning images of the photography competition. The list comprised of winning images along with 15 highly appealing picture which was captured by the ecologists and the students of photography who value the diversity in nature. There were several themes and topics that were taken up by the photographers which included, “hypnotic textures of a birch forest, to a three-toed sloth making its way across a road, to a Southern white rhinoceros receiving its annual horn trimming to help protect it from poachers.” 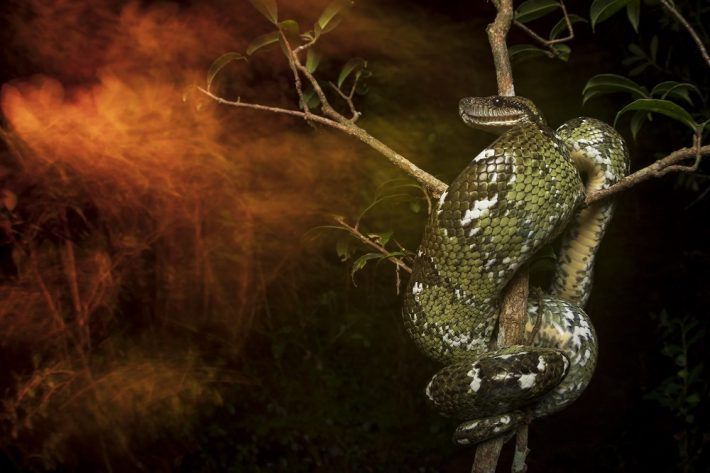