Canada, on Wednesday, passed legislation criminalising 'conversion therapy'- a practice used to 'treat' people who do not identify as cisgender. 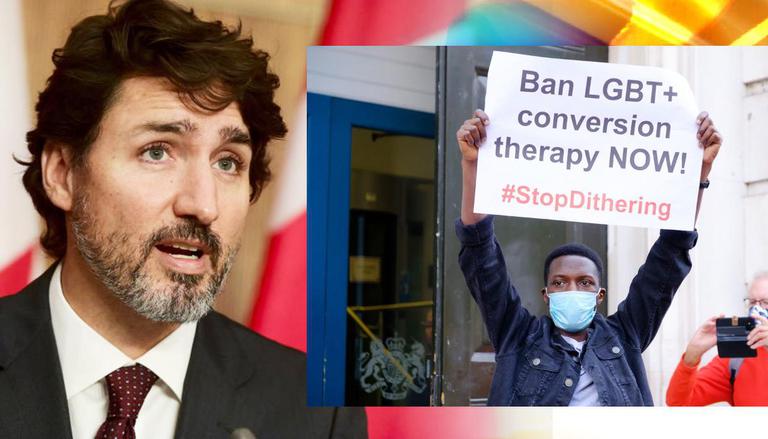 
In a major victory for Canada's LGBTQ+ community, the country, on Wednesday, passed legislation criminalising 'conversion therapy'- a practice used to 'treat' people who do not identify as cisgender. As per the new law that will take effect on January 7, next year, it will be illegal to provide, advertise, or profit from conversion therapy. Announcing the legislation, Prime Minister Justin Trudeau termed conversion therapy as a 'despicable and degrading' practice and assured his government will always stand up for the rights of LGBTQ Canadians.

Conversion therapy, as defined by the legislation, involves any practice, treatment, or service intended to change or suppress a person's sexual orientation, gender identity, or gender expression. The House of Commons unanimously supported the bill.

The practice has been criticised by major medical societies in several countries, as well as the United Nations, World Health Organization, Amnesty International, and other global organisations. The findings of a recent Community-Based Research Centre research suggests that as many as one in ten gay, bisexual, trans, and queer males have undergone conversion therapy.

The bill stated that conversion therapy is harmful to society because it is based on and propagates myths and stereotypes about sexual orientation, gender identity, and gender expression, NPR News reported.

Minister of Justice and Attorney General of Canada, David Lemitti, said that by criminalising a shameful, unscientific, and destructive practice, this legislation represents an important milestone in the Government's commitment to protecting the dignity and equality of the LGBTQ communities. He further stated that more work is needed to be done to protect LGBTQ people.

Which other countries have banned conversion therapy?

Around the world, there is an increasing effort to outlaw conversion therapy. A tracker from the National Center for Lesbian Rights' Born Perfect campaign stated that 20 states and almost 100 municipalities in the United States have prohibited the practice.

Conversion therapy is also prohibited in three European countries, which includes Malta, Germany, and Albania. France's Senate is also advocating for the ban of conversion therapy.