A video showcasing a group of Sikh hikers joining together to help two men who fell into a pool below a waterfall in Canada has gone viral on social media. 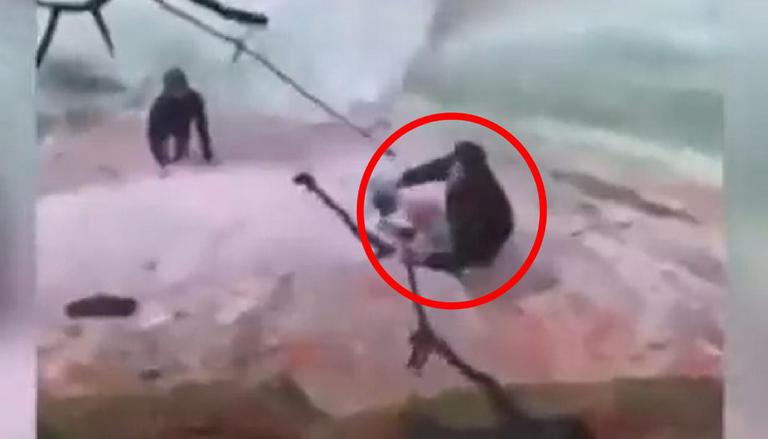 
A heartwarming video showcasing a group of Sikh hikers joining together to help two men who fell into a pool below a waterfall in Canada's British Columbia is doing rounds on social media. On October 11, Kuljinder Kinda and his four friends were hiking in Golden Ears Provincial Park when they learned that two men had tripped on a slick rock and fallen into a pool above the lower falls and were unable to pull themselves out. Speaking to NBC News, Kinda said that first, they tried to call emergency services but could not succeed as they were out of the network area. He further said that upon not finding any help, they thought of making a rope out of their turbans in an attempt to rescue both men. They all took off their turbans and tied the fabric together to build a 10-meter rope to pull the two men back onto the trail safely. They tossed the rope to the men, asking them to tighten it before pulling themselves up, reported the outlet.

"In Sikhi, we are instructed to help others in whatever manner we can and with whatever we have, even our turbans," Kinda was quoted as saying by NBC News. Notably, the signboards have been installed in the region warning hikers about trail and waterfall hazards. According to Search & Rescue Society (SAR) manager Rick Laing, both males in their early to mid-20s later told his team they didn't spot the hazard signs. Laing also cautioned hikers to be cautious near the park's creeks and rivers. Later, the official Twitter account of the Sikh community of British Columbia posted the video on Twitter. "Kudos to these young men for their quick thinking and selflessness," read the caption.

The video has gone viral on social media since it was shared on October 17. Netizens heap praise on the five Sikh people for their heroism and act of humanity. Reacting to the video, one of the users wrote, "Thank you to each of these amazing humans for putting themselves in harm’s way to save another [sic]." "Restoring faith in humanity. Thank you [sic]," wrote another. "Thank you for your selfless act of kindness [sic]," expressed a third. "Such a great deed by all Sikh people [sic]," read another comment.

A video of the incident on Monday, in which five Sikh hikers tied their dastaars (turbans) together to save a man who had slipped and fallen at the Lower Falls at Golden Ears Park. Video courtesy @globalnews

Kudos to these young men on their quick thinking and selflessness. pic.twitter.com/XQuX27OH5i

Here are some comments by users:

Thank you for your selfless act of kindness 🙌🏽

Such a great dids by all sikh people. #respect