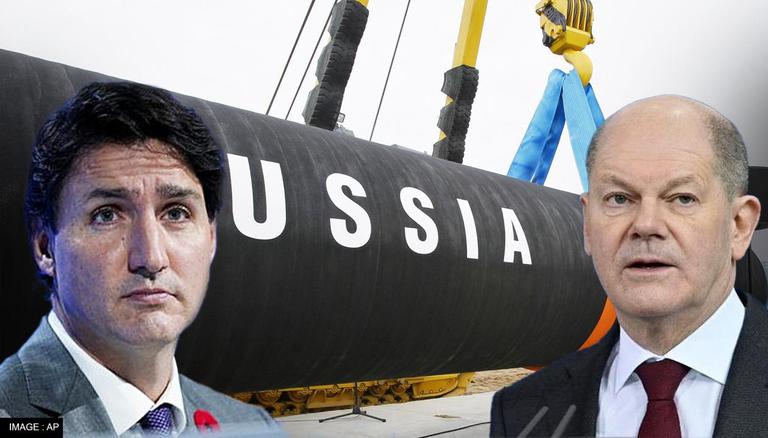 
Canadian Foreign Affairs Minister Melanie Joly has announced that Ottawa still intends to return five turbines for the Russian natural gas pipeline. The decision of the Canadian government comes even after the Russian energy corporation Gazprom has not agreed to accept one turbine that has been given back to Germany. Joly said that they will return the remaining five turbines to Germany and added that Berlin had called for it, CBC News reported.

Notably, Canada had allowed Siemens to return the turbine to Germany for the Nordstream 1 pipeline in July. Melanie Joly stated that Canada is not seeking to "give any form of excuse to Russian President Vladimir Putin to weaponize his flow of energy to Europe," as per the news report. So far, the Canadian government has returned one turbine to Germany. However, Gazprom has refused to accept it citing technical issues and claiming that it requires documents which showcase that the equipment does not fall under the sanctions imposed by the West. Gazprom in the statement on August 3 said, "The sanctions regimes imposed by Canada, the EU and the UK, as well as the discrepancy between the current situation and the existing contractual obligations on the part of Siemens, are making it impossible to bring the 073 engine to the Portovaya CS."

The decision of Canada to return the turbine to Germany has been criticized by Ukraine. Ukrainian President Volodymyr Zelenskyy had stated that the decision by the Canadian government would be considered a sign of "weakness" by the Kremlin. He called Canada's move "an absolutely unacceptable exception" to sanctions imposed against Russia. However, Canada emphasized that they had taken the decision to ensure gas supplies for Germany. It stated that Kremlin would hold EU's sanctions against Russia responsible for Europe's energy shortages if they had not agreed to return the turbine. Notably, Russia's energy giant Gazprom in recent months has reduced the gas supply through Nord Stream 1 to 20% of capacity.

Gazprom announces shut down of gas pipeline for three days

Meanwhile, Russian energy giant, Gazprom has announced that it will shut down the gas pipeline for three days at the end of August. In a statement, Gazprom announced that the gas pipeline will be closed from August 31 to September 2 for "maintenance". Gazprom in a statement said, "On August 31, 2022, the only gas compressor unit that is currently in operation, Trent 60, will be shut down for a three-day servicing and preventive maintenance period."

"Gas supplies via the Nord Stream gas pipeline will be suspended during the three day (August 31 to September 2, 2022) maintenance of the Trent 60 DLE gas compressor unit," Gazprom said in a statement.