In a heartbreaking discovery after several decades, the remains of 215 children buried in the former Kamloops Indian residential School have been confirmed. 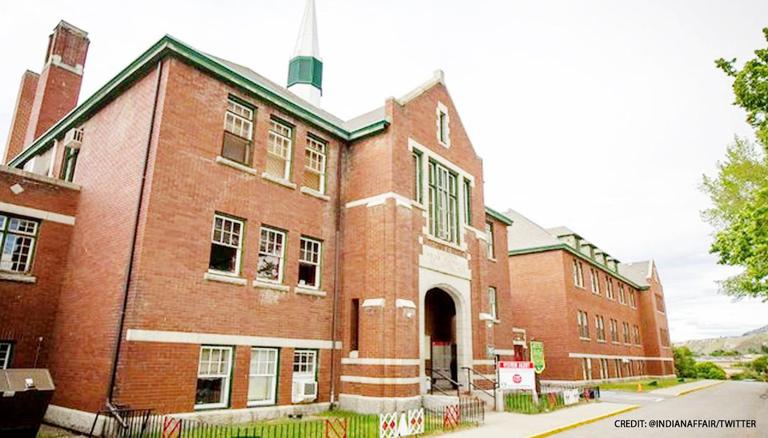 
A heartbreaking discovery that took several decades, remains of at least 215 children as young as three buried on the site of the former Kamloops Indian residential School have been confirmed. The Tk'emlúps te Secwépemc community in the southern interior of British Columbia, where the school was located, released a statement on May 27 saying, “It is with a heavy heart that Tk’emlúps te Secwépemc Kukpi7 (Chief) Rosanne Casimir confirms an unthinkable loss that was spoken about but never documented by the Kamloops Indian Residential School. This past weekend, with the help of a ground-penetrating radar specialist, the stark truth of the preliminary findings came to light – the confirmation of the remains of 215 children who were students of the Kamloops Indian Residential School.”

The gruesome discovery on the former school grounds has reportedly crystalised the sorrow that some survivors of the Kamloops Indian Residential School in Canada have carried most of their lives. Harvey McLeod, who attended the school for two years in the late 1960s told CNN over the telephone, “I lost my heart, it was so much hurt and pain to finally hear, for the outside world, to finally hear what we assumed was happening there.” He also noted that the study is so “unreal” but following the confirmation of hundreds of remains “it became real for a lot of us in this community.”

Chief Rosanne Casimir of the Tk'emlúps te Secwépemc community also said, “To our knowledge, these missing children are undocumented deaths.” The Thursday discovery comes after several decades McLeod said he and other formers students like him wondered what had happened to their friends and classmates. In an interview with the media publication, McLeod said that often they used to think that the missing children “ran away” and that “we were happy for them” because they had no knowledge of what really was their fate.

Investigation launched into the incident

As per the reports, the Kamloops Indian Residential School was one of the largest in Canada and operated from the late 19th century until the late 1970s. It was initially opened and run by the Catholic church until the federal government took its control in the late 1960s. However, reportedly, it was permanently closed at least a decade later and now it is the home to a museum and a community facility with cultural and memorial events.

Reportedly, the Community leaders have said that the investigation will continue into the incident along with the British Columbia Coroner's Office. They reportedly also said that the community as well as the government officials will ensure the remains are not only safeguarded but also identified. A statement was also released by Chief coroner Lisa Lapointe saying, “We recognize the tragic, heartbreaking devastation that the Canadian residential school system has inflicted upon so many, and our thoughts are with all of those who are in mourning today.”

READ | Canada loses to Germany, falls to 0-3 at world championship

Canadian Prime Minister Justin Trudeau also expressed his grief on the gruesome discovery and tweeted on May 28, “The news that remains were found at the former Kamloops residential school breaks my heart - it is a painful reminder of that dark and shameful chapter of our country's history. I am thinking about everyone affected by this distressing news. We are here for you.” As per the report, in 2019, Trudeau had said that he and his  government have accepted that the harm inflicted upon the indigenous people in Canada amounted to ‘genocide’ and called to “end this ongoing tragedy.”

The news that remains were found at the former Kamloops residential school breaks my heart - it is a painful reminder of that dark and shameful chapter of our country’s history. I am thinking about everyone affected by this distressing news. We are here for you. https://t.co/ZUfDRyAfET

Earlier today we learned that the remains of 215 children have been found at the site of the former Kamloops Indian Residential School in British Columbia. It's time to bring our children home. #repatriation #truthandreconciliation https://t.co/r8FGMFt5Zu https://t.co/peeyvaA222 pic.twitter.com/QpTLudp0fx

This is absolutely heartbreaking news. I spoke to Kukpi7 Casimir this evening to offer the full support of Indigenous Services Canada as the community, and surrounding communities, honour and mourn the loss of these children. #cdnpoli https://t.co/4d6D9LOyKJ