Canada: In a bid to curtail the spread of COVID-19, the Canadian province of Quebec has decided to charge fines to residents who refuse to get vaccinated. 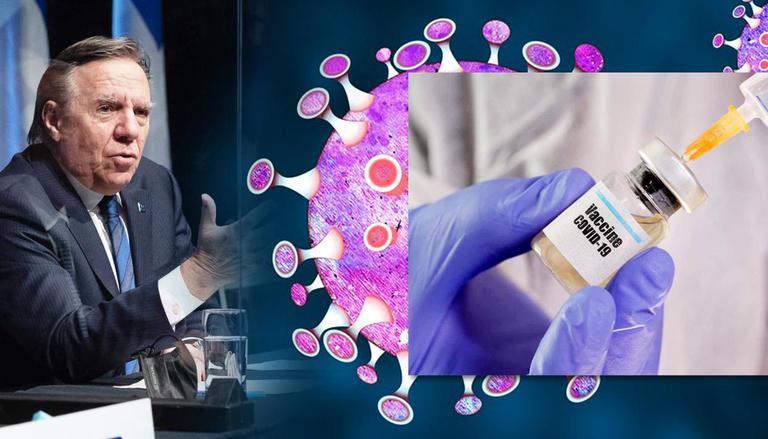 
In a bid to curtail the rapid spread of the Omicron variant of COVID-19, the Canadian province of Quebec has decided to charge fines to residents who refuse to get vaccinated against the deadly coronavirus. Notably, Quebec has recorded a steep surge in COVID cases and is struggling due to increased deaths from COVID-related complications. On Tuesday, the Premier of Quebec, Francois Legault, announced that Quebec would be the first in the nation to impose a health tax on the unvaccinated population.

According to the BBC, around 12.8% of residents living in Quebec have not received the COVID vaccine, and half of the hospital cases have come from the unvaccinated population. The federal data states that more than 85% of Quebec residents had received at least one vaccine dose by January 1. While addressing a press conference over the COVID situation across the state, Legault said the unvaccinated will have to pay a "contribution". However, the Premier did not announce the fee, but he mentioned that the fine would be "significant."

"I think right now it's a question of fairness for the 90% of the population who made some sacrifices." I think we owe them this kind of measure, "he said, reported BBC.

Earlier, Quebec announced that residents would be required to show their vaccination proof to shop in government cannabis and liquor stores and imposed strict COVID restrictions, including a night curfew starting from 10 pm to 5 am each day. However, Quebec is not the only region in the world with a large unvaccinated population. Earlier, Greece also imposed a similar rule for unvaccinated citizens over 60 to pay a €100 fine for each month they remain unvaccinated. The Singapore government has also refused to pay hospital bills for unvaccinated patients.

Like the rest of the world, COVID cases in Canada are also on the rise. The country reported a total of 29,630 new cases of COVID-19, followed by 95 deaths in the last 24 hours. Meanwhile, Quebec reported 8,710 new cases on Tuesday, and 62 deaths were reported in the last 24 hours, taking the death toll to 12,028. Provincial data reveals that the percentage of unvaccinated COVID patients in hospitals has jumped to 45%. Currently, there are 2,742 active COVID cases in Quebec hospitals, including 244 in intensive care.