Chinese President Xi Jinping, during the SPIEF event on Friday, affirmed that the trade with Russia was expected to hit new records in the next few months. 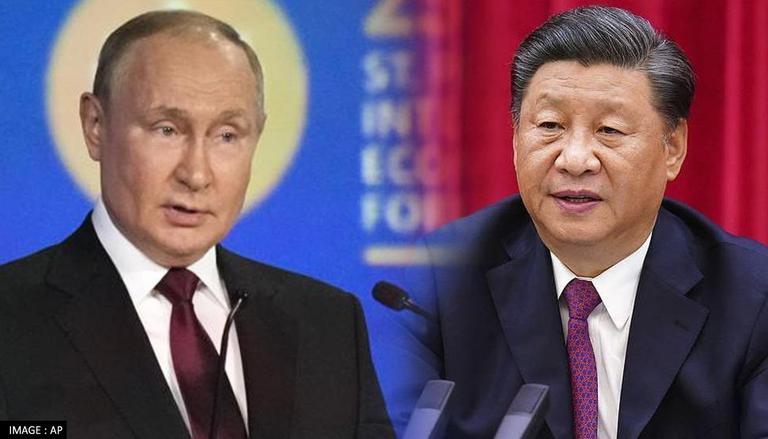 
Chinese President, Xi Jinping during a Russia-sponsored business event on Friday, said he wants to boost the bilateral trade relation with Moscow, despite learning about Russia's unlawful action against Ukraine. Notably, he was speaking at St. Petersburg International Economic Forum (SPIEF)-- an annual Russian business event for the economic sector-- which is also popularly known as "Russian Davos". According to an official English translation carried by Russian state broadcaster RT, the Chinese President affirmed that the trade with Moscow was expected to hit new records in the next few months.

"Today our cooperation between Russia and China is rising. Trade over the first half of this year has been in the tens of billions of US dollars. And we can expect new records in upcoming months," said Xi Jinping.

Despite being aware of the Western and European imposed sanctions on Russia, the Chinese leader said he would ensure to "remove all trade barriers" between the two nations in order to accomplish "the great cooperation between our two nations".  Further, he emphasised that China's dream projects such as the Belt and Road Initiative, formerly known as One Belt One Road, have not changed (despite war) and added he is expecting to take further steps in strengthening the economic potential of the country. Citing the recent China customs data, Jinping affirmed that the business between Beijing and Moscow has inflated by 28.9% in the first five months of this year.

"China is willing to work with countries around the world, including Russia, to jointly create development prospects, share growth opportunities, and make new contributions to deepening global development cooperation and promoting the building of a community with a shared future for mankind," added Jinping.

Meanwhile, Russian President Vladimir Putin, who started the event with a 73-minute long speech, slammed the Biden administration for imposing sanctions on Moscow and added the country’s economy will overcome “reckless and insane” sanctions. According to Putin, Russian enterprises and government authorities worked in a composed and professional manner despite sanctions in place. "We’re normalizing the economic situation. We stabilized the financial markets, the banking system, and the trading system," he added.

It is pertinent to point out that both China and Russia have been in constant touch before the Winter Olympics which were held days before Putin's brutal attack on Ukraine. After the onset of the war, Russian Foreign Minister Sergey Lavrov visited China in the month of March and held a "fruitful" meeting with his Chinese counterpart Wang Yi. At that time too, both diplomats affirmed taking the business to a record level.