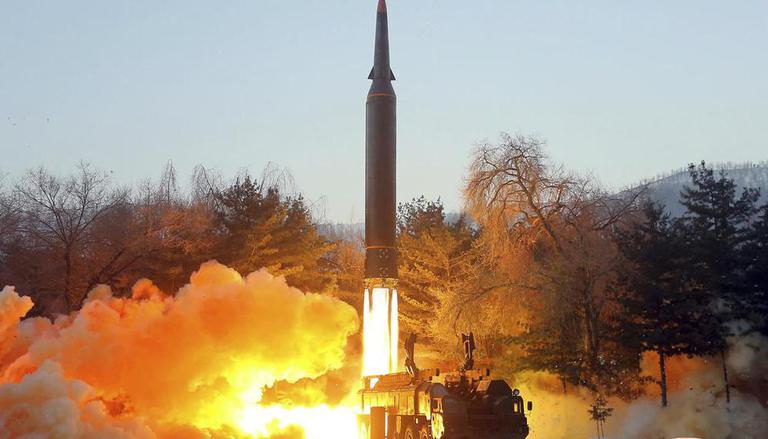 
China on late Sunday carried out a test of “ground-based midcourse anti-missile intercept technology’ that achieved its expected purpose, the country’s defence ministry said. Officials are further detailed that it was a land-based mid-course missile tested within Chinese borders. The country has been testing anti-ballistic missiles since 2010, according to state-controlled Global Times, however, this is only the sixth known test by the country. The previous declaration was made in February 2021- 5 years after publically admitting that China was pressing ahead with the development of such systems.

While Beijing has said the move was defensive and not aimed at any country, it comes a fortnight after North Korea fired 8 short-range missiles. Tensions have risen in the peninsula in recent weeks with DPRK’s repeated and unannounced missile tests. More recently, US officials warned that the North could also conduct a nuclear test- the first since 2017. Notably, China, along with its ally Russia has also expressed opposition to the US deployment of anti-missile systems in South Korea.

An anti-ballistic missile (ABM) is a surface-to-air missile designed to counter ballistic missiles. Some military experts have opined that it is like hitting a bullet with another bullet. Xi Jinping govt has repeatedly said that the tests were aimed at bolstering national security. Interestingly, China has also tested anti-missile systems that could destroy satellites.

South Korea’s Foreign Minister Park Jin claimed that North Korea has finalized preparations for a new nuclear test and that only a political decision by the country's senior leadership can prevent it from taking place. After meeting US Secretary of State, Antony Blinken in Washington on Monday, Jin warned the North of severe consequences if it plans to go ahead with what would be its seventh nuclear test.