The successful cloning of the first wild arctic wolf in the world was reported on Monday by a China-based gene company Sinogene Biotechnology, Harbin Polarland 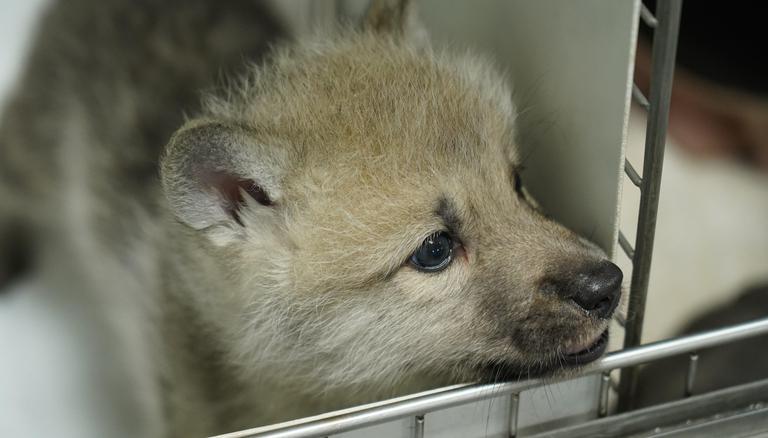 
The successful cloning of the very first wild arctic wolf in the world was reported on Monday. In what can be regarded as a breakthrough scientific development, Harbin Polarland and China-based gene company Sinogene Biotechnology announced the latest achievement. Following the cloning process, the arctic wolf is currently 100 days old and in good condition and health, Global Times reported. Arctic wolves, which are often known as "polar wolves" or "white wolves," live in Greenland and the Arctic areas of North America.

According to the Cool Antarctica website, it is a type of grey wolf, albeit it is no longer believed to be a separate subspecies, and it is the least vulnerable of all populations of grey wolves and subspecies because it lives in remote areas where it seldom encounters or engages with humans. Furthermore, Artic wolves have a variety of anatomical, behavioural, as well as physiological adaptations that let them live in some of the world's harshest climates. In the wild, Arctic wolves have a lifespan of seven to ten years.

These species can survive with different food sources, however, the bulk comes from big herbivores like moose, caribou, deer, elk, etc. Along with cattle, carrion, and litter, smaller prey species are also consumed by arctic wolves, who, like many predators, are opportunistic.

READ | Russia & China 'don't aspire' to be in charge of world but other nations do, avers Kremlin

The arctic wolf's coat is always thick and well-insulated. It has a pale colour, but most of the wolves are almost white. According to the Cool Antarctica website, the fur coat has two layers such as an inner layer made of shorter, softer hairs for insulation, and an outer layer made of longer, snow- and water-resistant hairs that grows thicker as the colder weather approaches. Additionally, arctic wolves have proportionately smaller ears than other wolf species, including the grey wolf and other subspecies.

Meanwhile, in the month of July, Japanese scientists have produced cloned mice using freeze-dried skin cells. By maintaining their cells and duplicating the species to increase their genetic variety, specialists claimed that this ground-breaking work can be utilised to prevent the extinction of creatures that are on the verge of extinction. The practice of "bio-banking," which involves saving animal cells, may make it possible to protect females in endangered species where only males are able to live.