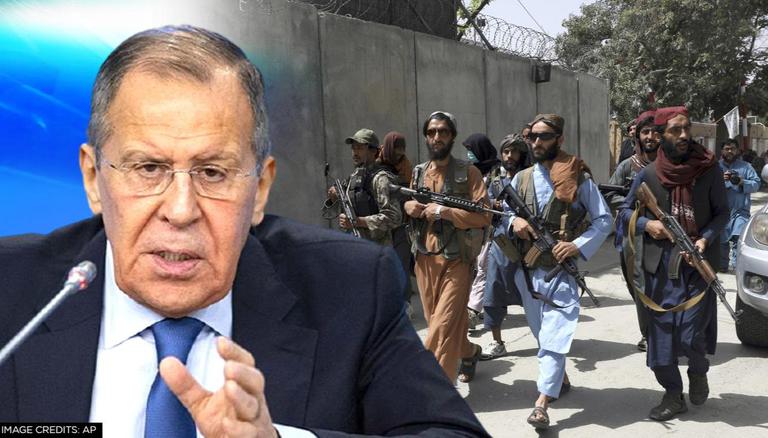 
Even a month after capturing power in Afghanistan, the Taliban are facing trouble in gaining international recognition. Recently, Russian Foreign Minister Sergei Lavrov said that no country across the world was in a hurry to recognise the interim government formed by the Taliban. He stressed several concerns that countries have, including security, towards recognising the Taliban government in Afghanistan.

Lavrov informed that no country was in a hurry to recognise the caretaker government formed by the Taliban, ANI reported citing The Frontier Post. Furthermore, he said that the countries have concerns over several issues about which they are talking to have contact with the Taliban in Afghanistan. Some major concerns that countries have, according to Lavrov, include security, respect for the rights of people and functioning of diplomatic offices in Afghanistan.

The Russian Foreign Minister added that at this time, they have contacts with them on "current issues, primarily on issues that relate to the removal of any risks for our Central Asian neighbours".

Lavrov's remarks came ahead of the Collective Security Treaty Organization (CSTO) meeting scheduled to happen on September 17 in Tajikistan. Amid the crisis in Afghanistan, member nations of the Collective Security Treaty Organization (CSTO) have planned to reinforce the Tajik-Afghan border. Moreover, they have ramped up their measures in trying to fight the rise in drug trafficking and illegal migration on the border, ANI reported.

READ | Russia puts onus on US, says their military efforts in Afghanistan 'turned to dust'

Last week, the Russian Federation announced that they were not planning to negotiate with the Taliban. Kremlin Press Secretary Dmitry Peskov made the announcement as the insurgents announced their new caretaker government in Afghanistan. Peskov said they have contacted the Taliban through their embassy as it was essential for safeguarding diplomatic staff deployed in the war-ravaged country and also for other technical issues. When questioned about security threats from the Taliban, Peskov pointed out drug trafficking and terrorist infiltrations.