As per US doctors, children with rare MIS-C COVID-19 related disease might be at risk of heart failure and therefore need immediate attention.

Kids who have a multisystem inflammatory syndrome, or MIS-C, a disease that occurs due to complication of Covid-19 infection will need immediate attention and probably need to be hospitalized, doctors reportedly said as of May 19. The symptoms of the rare disease mostly include stomach ache and nausea, along with fever and rashes, the experts said at a virtual meeting organized by the US Centres for Disease Control and Prevention (CDC).

As per the US doctors, the children might be at risk of heart failure or damage and therefore, the parents needed to give immediate attention, medics said at the Clinician Outreach and Communication Activity (COCA) virtual briefing, in presence of international media.

Last week, the CDC issued a health alert saying that the paediatricians had to be careful and must be on the lookout as at least 20 states, including Washington, DC reported cases. Children across the US were experiencing a rare inflammation of the heart and organs, medics told the virtual briefing. Patients reported experience like their blood vessels were “on fire” that even lead to rare complications in the body. 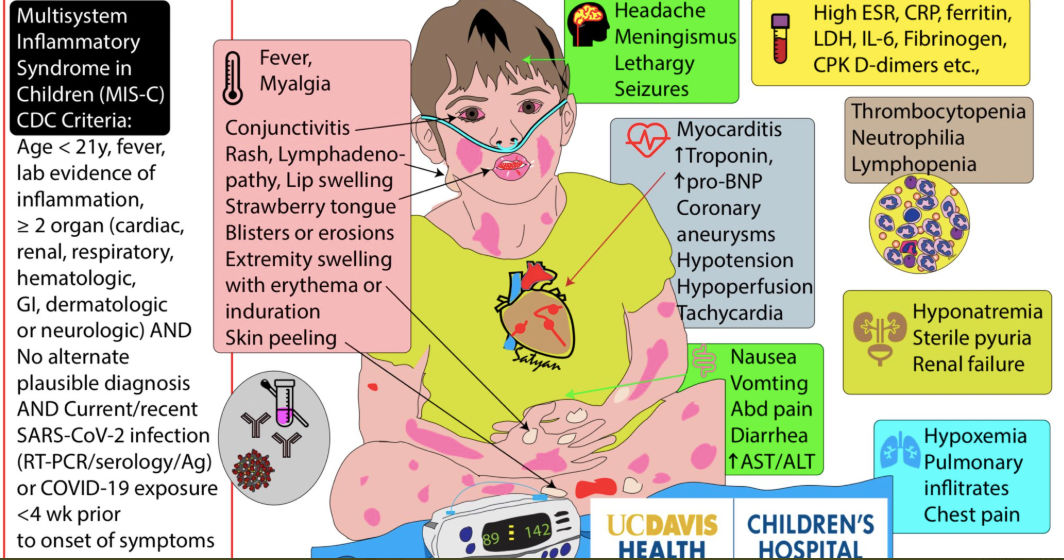 So far, at least 230 children have been infected and 2 killed from this new life-threatening inflammatory syndrome being associated with COVID-19 in Europe, according to Swedish-based European Centre for Disease Prevention and Control (ECDC) report. The two fatalities occurred at one each in Britain and France.

WHO Director General Tedros Adhanom Ghebreyesus was quoted saying that the clinicians had to remain alert to the rare syndrome. He added, clinicians worldwide that work with national authorities and WHO had to research and better understand this syndrome in children.

France's health minister Olivier Veran was quoted as saying that all the paediatricians and critical care medical workers are trying to establish whether the syndrome was linked with COVID-19. And while the data shows that there wasn’t significant spike and children were not overall at risk of the infection, research into the disease is being carried out. According to official data released earlier this month, only 0.4 per cent of children were hospitalized due to the syndrome, media reports confirmed. US Centres for Disease Control and Prevention (CDC) reported more than 100 such cases in the state of New York and 3 deaths so far.

Read: 'I View It As A Badge Of Honour,' Says Trump On US Having Most Coronavirus Cases In World

PEOPLE HAVE PLEDGED SO FAR
LATEST NEWS
View all
1 hour ago
Cyprus to launch SMS campaign to stem migrant arrivals
6 hours ago
Top Bosnia officials linked to ventilators scandal
1 hour ago
At least seven dead in El Salvador from floods
6 hours ago
With cheap gasoline scarce, Venezuelans can buy at a premium
9 hours ago
Long-haul carrier Emirates says it fires staff amid virus