Sri Lanka is in the grip of a rising financial and humanitarian catastrophe, with predictions that it could declare bankruptcy in 2022 amid COVID-19 spike 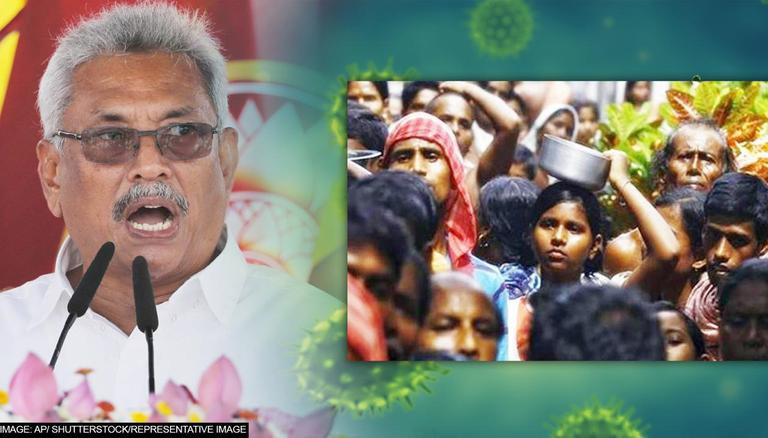 
Amid the surge of COVID-19 cases across the world, Sri Lanka is in the grip of a rising financial and humanitarian crisis, with predictions that it could declare bankruptcy in 2022 as inflation reaches new highs, along with food prices soaring Since the beginning of the outbreak, the World Bank has estimated that 500,000 individuals have slipped into poverty in the nation, equating to five years of progress in poverty reduction, The Guardian reported.

The collapse of the government, led by Sri Lankan president Gotabaya Rajapaksa, is fueled by the direct impact of the COVID-19 crisis as well as the loss of tourism. However, it is also exacerbated by elevated government spending and tax cuts, which are slowly destroying state revenues, massive debt repayments to China, and foreign exchange reserves at their lowest in a decade.

In November of 2021, inflation reached a new high of 11.1%, leaving people who were formerly well-off to struggle for feeding their families, while basic necessities have become expensive for many. Following Rajapaksa's declaration of an economic emergency, the military was granted authority to guarantee that necessary products, like rice and sugar, were supplied at government-set rates, but this has done nothing to alleviate people's suffering.

As per the World Travel and Tourism Council, the loss of employment and important foreign currency from tourists, which typically provides over 10% of the nation's GDP, has been significant, with over 200,000 individuals losing their jobs in the travel and tourism industries. The situation can be described as bad when long lines have been established at the passport office of the young and educated, who have expressed a desire to leave the nation.

Furthermore, Sri Lanka's massive foreign debt burden, particularly to China, is among the country's most urgent issues. The nation owes China about $5 billion in debt and took a $1 billion additional loan from Beijing last year to cope with its severe financial difficulties, which is being paid back in installments, The Guardian reported. Sri Lanka will be needed to return an estimated $7.3 billion in domestic and international debts over the next 12 months, which comprise a $500 million foreign sovereign bond repayment in January 2022.

In addition to this, the Sri Lankan government has resorted to temporary relief initiatives, like credit lines to import food materials, medicines, as well as fuel from its neighbouring ally nation India. Sri Lanka has also done currency swaps from India, China, and Bangladesh, and loans to buy petroleum from Oman, in a move to momentarily alleviate the problems and avoid challenging and most likely controversial policies. These loans, on the other hand, only give short-term respite and must be repaid swiftly at exorbitant interest rates, contributing to Sri Lanka's debt burden.