The South African foreign ministry said that travel bans imposed by nations due to the discovery of the Omicron variant was "akin to punishing South Africa." 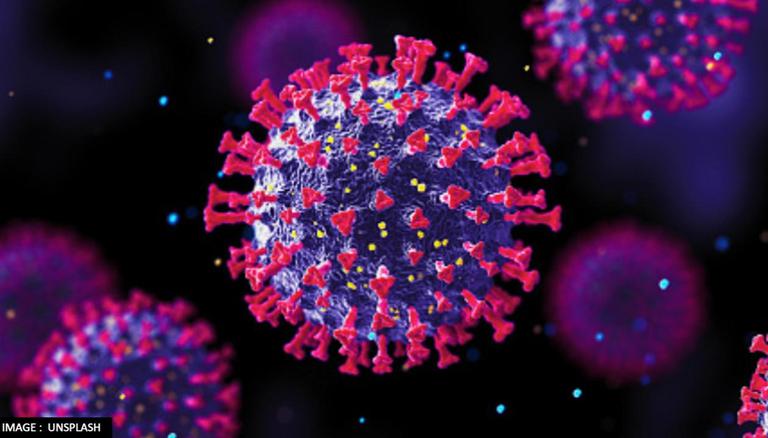 
Several nations around the world decided to impose travel restrictions on South Africa and countries surrounding it, following the identification of a mutated coronavirus, named 'Omicron' and categorised as a Variant of Concern (VoC) by the World Health Organization (WHO).

Reacting to the restrictions, South Africa on Saturday said that it was being "punished" for discovering a new COVID-19 variant. In a press release, the country's foreign ministry stated that the government has noted the announcements by several countries to institute temporary travel restrictions on South Africa and other countries in the region and the nation aligns itself with the WHO’s position on the latest travel bans.

The South African foreign ministry stated that the travel bans imposed by the nations due to the discovery of 'Omicron,' is "akin to punishing South Africa for its advanced genomic sequencing and the ability to detect new variants quicker. Excellent science should be applauded and not punished."

According to the authorities, new variants have been found in different parts of the world and each of those cases has no recent ties to southern Africa. However, the world's 'attitude' toward those countries are dramatically different from those in southern Africa, the South African government claimed. The government urged countries to have confidence that South Africa is managing the pandemic as well as they are, citing South Africa's capacity to test and its stepped-up vaccine programme, which is backed by a world-class scientific community.

Moreover, on November 26, South African Health Minister Joe Phaahla described the travel ban decisions by countries as "draconian" and "misdirected." At a press briefing on November 26, Phaahla said, "We feel that it's a wrong approach. It is misdirected and it goes against the norms as advised by the WHO. We just feel that some of the leaderships of (these) countries are finding scapegoats to deal with what is a worldwide problem."

"The government is concerned about rising numbers from the low levels of about 300 per day just over 14 days ago; to where the nation is now approaching, 3,000 (cases)," he added. It is a significant increase, he noted, but it pales in comparison to some countries, which have an infection rate of 40,000 new cases each day and continue to act in this 'draconian' manner.

Travel plans of thousands of foreigners in South Africa have been jeopardised as a result of the Omicron COVID variant especially as Christmas and New Year approaches. Health Minister Joe Phaahla claimed the variety was connected to an exponential surge in cases in recent days, however, specialists are still unsure if the new strain, also known as B.1.1.529, was to blame. From little over 200 new confirmed cases per day in recent weeks, the number of new daily cases in South Africa soared to over 1,200 on Wednesday and 2,465 the next day. Scientists investigated virus samples from the outbreak and discovered the new type while trying to figure out why there was such a dramatic increase in cases.

READ | In Netherlands, 61 out of 600 passengers from South Africa test positive for COVID

According to Johns Hopkins University, the coronavirus has claimed the lives of 89,771 people in South Africa, with 2,952,500 confirmed infections. Anti-vaccination campaigns have hampered the South African government's strenuous efforts to encourage immunisations, including putting up locations at religious institutions and making facilities available on weekends. The Omicron variant was first reported to the WHO on November 24 by South Africa, and it has since been found in Botswana, Belgium, Hong Kong, and Israel. South Africa is the worst-affected country in Africa, with almost 2.95 million cases and 89,783 deaths.

Approximately 100 specimens of the new lethal B.1.1.529 variant have been verified in South Africa, and now after Israel and Belgium, cases have already been detected in Botswana and Hong Kong as well. It possesses a "unique constellation of mutations," according to experts quoted by The Guardian, and is capable of totally avoiding the immune system, making it extremely transmissible and, as experts suspect, more than the currently dominant Delta variant. Any new coronavirus mutation that is able to spread quicker and avoid immunisations poses a threat to the world, particularly Europe, which has once again become the epicentre of the fatal delta variant rise.

(With inputs from agencies, Image: Unsplash)