Taiwan has received a shipment of 1.13 million COVID-19 vaccine doses donated by Japan on July 8. Taiwan Foreign Ministry has confirmed it on Twitter. 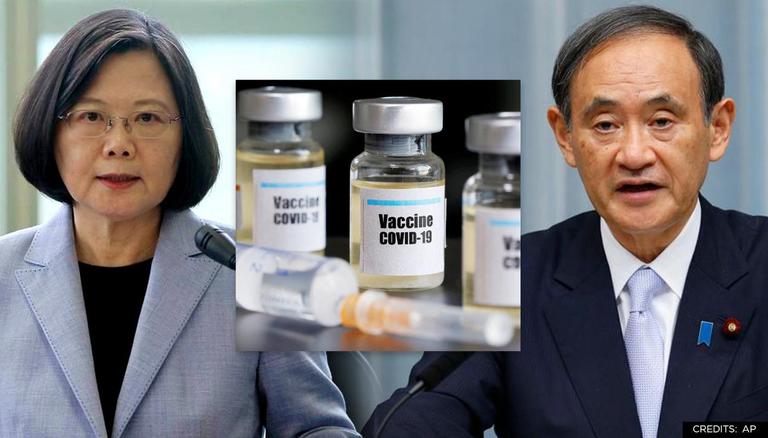 
Taiwan has received a shipment of 1.13 million Astrazeneca COVID-19 vaccine doses donated by Japan on July 8. Taiwan's Ministry of Foreign Affairs took to Twitter to thank Japan's External affairs minister Toshimitsu Motegi for the timely assistance against the COVID-19 pandemic. Health Minister Chen Shih-chung, at a press briefing, thanked Japan for the donation.

The latest donation of 1.13 million vaccine doses from #Japan🇯🇵 has arrived safe & sound in #Taiwan🇹🇼! Our sincere gratitude to @moteging for the timely assistance enabling the country to continue staging its #COVID19 fightback. The support of a #RealFriend is truly treasured. pic.twitter.com/bfwpMXqp73

Taiwanese Health Minister Chen Shih-chung in a press briefing said that the vaccines will be reserved for people aged between 50 to 64. People above 18 years who are vulnerable to COVID-19 infection will be jabbed with these vaccine doses, reported Focus Taiwan. Chen expressed gratitude to Japan for the donation and said inspection of the vaccine shipment will be expedited for the faster distribution of vaccine. The 1.13 million vaccine doses donated by Japan were developed by the British-Swedish biotech company AstraZeneca. Japanese Foreign Minister Toshimitsu Motegi on July 6 in a press conference announced about sending vaccines to Taiwan and said that the vaccine donations were a gesture of gratitude for Taiwan's support to Japan during the 2011 tsunami disaster. Motegi said that he hopes that the vaccines will help to control the spread of the virus in Taiwan.

Taiwan reported 32 new COVID-19 cases on July 9 taking the overall tally of COVID-19 cases to 1,582,844, according to the Central Epidemic Command Center (CECC). The total number of fatalities in Taiwan due to the pandemic has reached 730. Taiwan's vaccination drive is yet to gain momentum as President Tsai Ing-Wen's government is struggling to procure vaccines for its citizens. According to ANI, Taiwan is still due to receive its previous shipment of ten million AstraZeneca and five million BioNTech-Pfizer vaccines. Health Minister Chen Shih-Chung informed that the deal with BioNTech 'remained unfulfilled' due to some patchy documentation, however, the issue was later resolved but the vaccine has not been received yet.