Death Toll In Attack At Afghan Political Office Rises To 20

The death toll from an attack against the office of the Afghan president’s running mate and a former chief of the intelligence service in Kabul has climbed to at least 20 people, an official said Monday.

The death toll from an attack against the office of the Afghan president’s running mate and a former chief of the intelligence service in Kabul has climbed to at least 20 people, an official said Monday.

Interior Ministry spokesman Nasrat Rahimi said that around 50 other people were wounded in Sunday’s attack against the Green Trend party headquarters, which lasted hours and included a gun battle between the security forces and attackers holed up in the building. 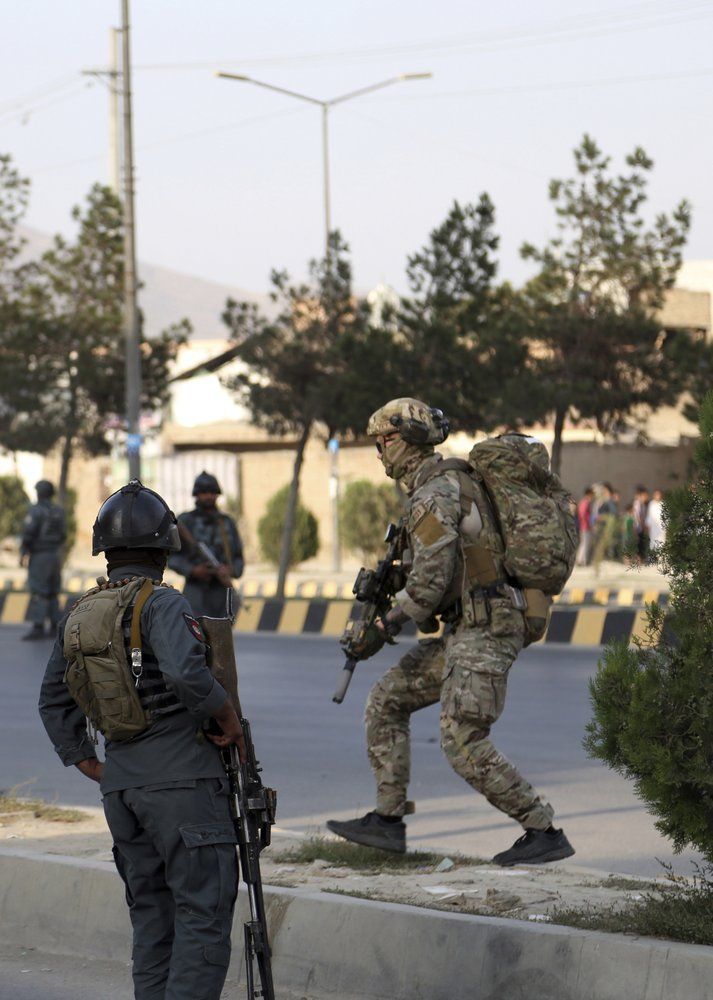 The attackers’ potential target, vice presidential candidate and former intelligence chief Amrullah Saleh, was “evacuated from the building and moved to a safe location,” Rahimi said. Some 85 other civilians were also rescued from inside.

No one immediately claimed responsibility for the attack, but both Taliban insurgents and the Islamic State group are active in the capital and have carried out attacks there in the past.

Sunday marked the first of the Afghan presidential campaign, with a vote scheduled for the end of September.

After the attack President Ashraf Ghani tweeted that Saleh was unharmed during the “complex attack” targeting the Green Trend office.

My brother, true son of the Afghan soil and first VP candidate of my electoral team, @AmrullahSaleh2 has survived a complex attack by enemies of the state. We are relieved and thank the almighty that attack has failed.

Ferdous Faramarz, the spokesman for Kabul’s police chief, said the attack started with a suicide car bomber after which other attackers entered into a building and start shooting at security forces.

The blast was large enough to be heard throughout the capital.