The govt of Dominica on Thursday confirmed that its law enforcement personnel had detained fugitive ex-diamantaire, Mehul Choksi, upon his illegal entry 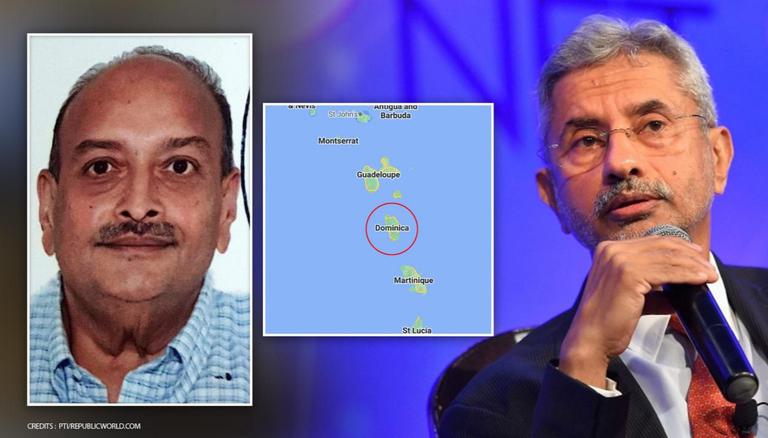 
In the latest development, the government of Dominica on Thursday confirmed that its law enforcement personnel had detained fugitive ex-diamantaire, Mehul Choksi, upon his illegal entry into the country, and then, India confirmed it is sending its High-Commissioner based in Trinidad & Tobago to Dominica on June 3 to seek his extradition. Issuing a statement on Thursday, the Dominican govt said that a red alert notice has been issued for Mehul Choksi by Interpol and that their Ministry of National Security & Home Affairs was in touch with the Antiguan authorities to ascertain facts about Choksi's citizenship. The statement noted that Mehul Choksi would be repatriated to Antigua after they received information that they have sought. 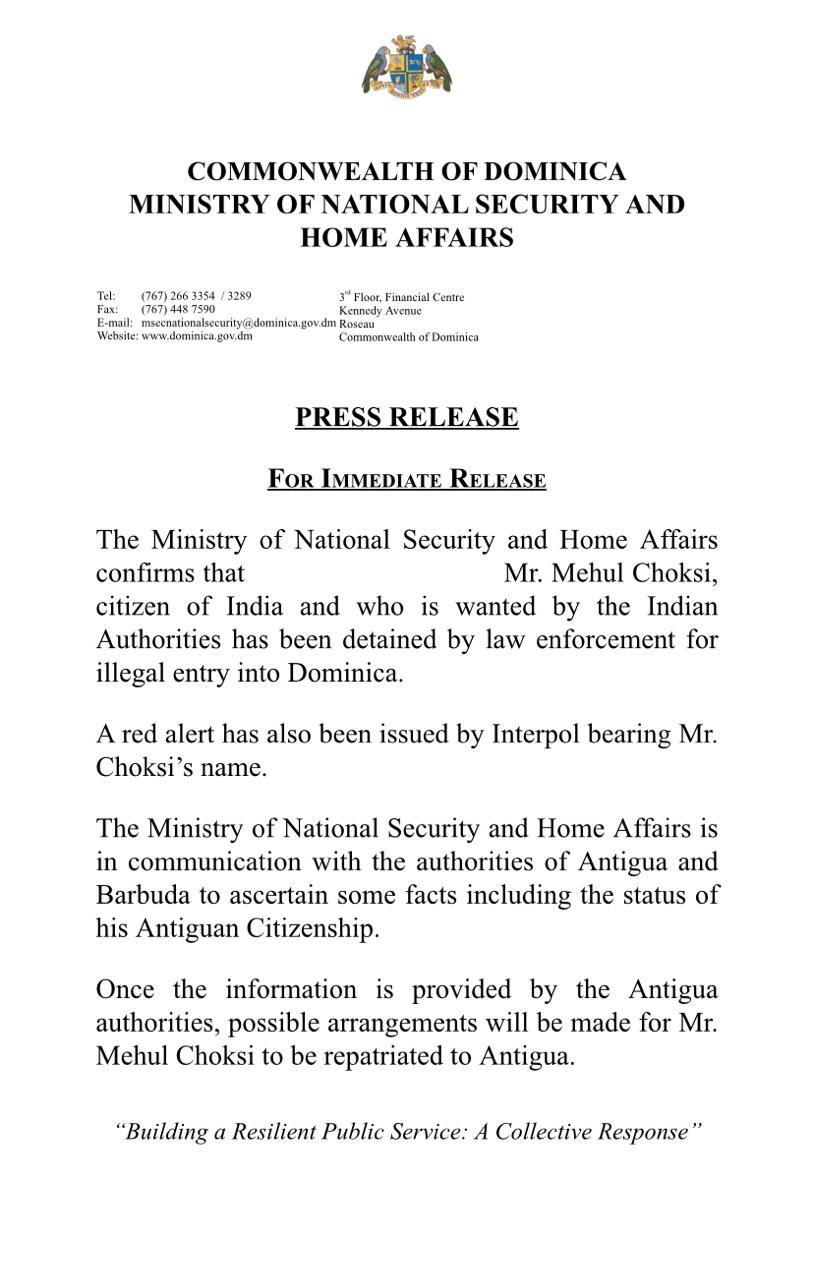 Earlier on Thursday, sources informed that the Indian government is in touch with both Antigua & Barbuda and the Dominican government over the matter. This comes after the Prime Minister of Antigua & Barbuda, Gaston Browne, told Republic that he had asked Dominica to deport Choksi directly back to India as a persona-non-grata.

The phrase persona-non-grata means "an unwelcome person" and refers to a foreign person whose entering or staying in a certain country is prohibited by the authorities. The Antigua-based fugitive, who had been absconding since Sunday, was held by the Criminal Investigation Department (CID) in Dominica three days later, as per The Observer. Dominica is a small island nation in the Caribbean Sea.

“We have asked the Dominican Government to detain him for entering their country illegally, to make him persona non grata and have him deported directly to India,” Antigua PM Gastron Browne had said.

Mehul Choksi is under the scanner of both the Central Bureau of Investigation and the Enforcement Directorate. Along with his nephew Nirav Modi, he allegedly siphoned off Rs 13,500 crore of public money from the Punjab National Bank (PNB), using letters of undertaking. Owner of the Gitanjali group, a retail jewellery company, Choksi secured the citizenship of Antigua and Barbuda in November 2017 under the aegis of the Citizenship by Investment Programme and fled to the island nation in the first week of January 2018.

India formally sought Choksi's extradition in August 2018 underlining the principle of reciprocity, the principle of dual criminality, and the United Nations Convention against Corruption to which both countries are signatories. In 2019, Antigua and Barbuda PM Gaston Browne said that Mehul Choksi will be revoked and will be extradited to India once all his legal options are exhausted. The current legal status of the fugitive diamantaire is shrouded in mystery as Aggarwal has stressed that the PNB scam accused remains a citizen of Antigua and Barbuda.

READ | Antigua PM speaks to Republic on Mehul Choksi; calls his fleeing a 'monumental error'
First Published: 27th May, 2021 21:26 IST
SUBSCRIBE TO US