The plane crashed while attempting an emergency landing at Las Americas Airport Dominican Republic, as per the jet's operator, Helidosa Aviation Group. 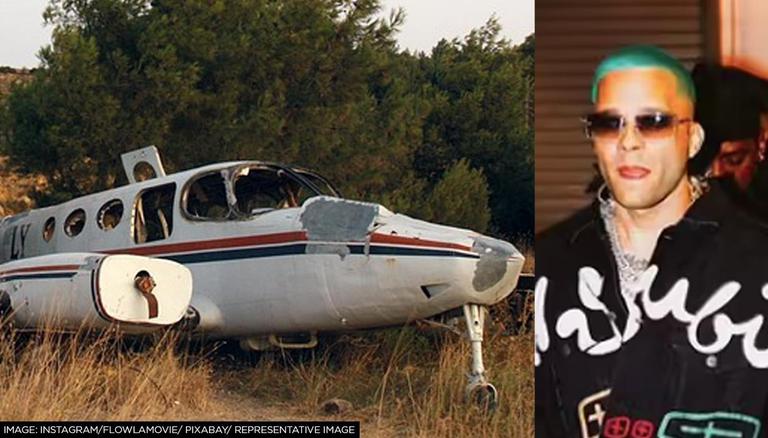 
All nine people onboard a private aircraft, including Puerto Rican music producer 'Flow La Movie', died on Wednesday after the plane crashed while attempting an emergency landing at Las Americas Airport in Santo Domingo, Dominican Republic, as per the jet's operator, Helidosa Aviation Group. The event has claimed the lives of seven passengers and two crew members, CNN reported, citing a statement released by the company. It was also informed that one of the deceased persons was Dominican.

According to Helidosa Aviation Group, the 38-year-old Puerto Rican musician who provided hits like 'Te Boté' and 'AM', died in the plane crash, along with his wife Debbie Von Marie Jimenez Garcia and his son, Jayden Hernandez. Following the tragic incident, Helidosa said in a statement, “This accident causes us great pain and grief. We ask that you prudently join in solidarity to support the families affected, who along with us are going through this difficult time,” as per the Independent.

In addition to this, as per Flightradar 24, the plane was on its way to Florida from La Isabela International Airport in the Dominican Republic when it tried to make an emergency landing only 15 minutes after takeoff and crashed severely. All passengers, as well as crew members, were verified deceased, according to Deputy Director of the Fire Department Kai Schenhals, who informed the media at the site that the plane looked to have taken off while damaged, the Daily Mail reported.

The reason for the crash or emergency landing has yet to be determined. Helidosa stated that it will work with the civil aviation authority and air traffic accident authorities over the incident.