Forer Trump aide Alyssa Farah recently claimed that there was no guarantee that the ex-US president would get the Republican nomination in the 2024 polls. 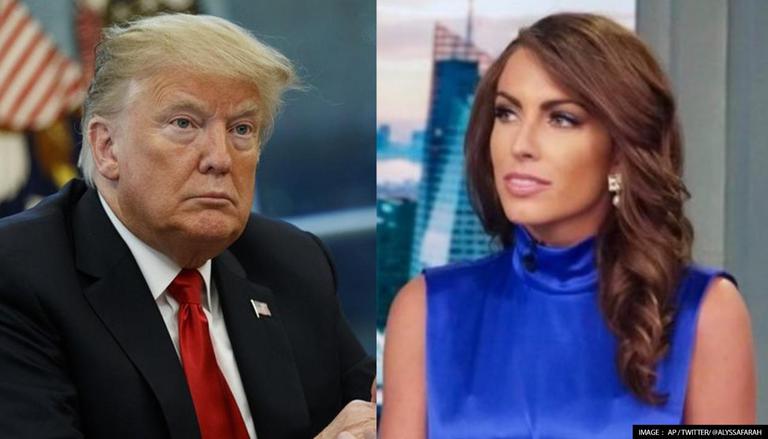 
Former US President Donald Trump labelled political advisor Alyssa Farah a 'clown' and a 'backbencher' in reaction to her alleging that Trump had accepted 'he lost' in the November Presidential elections. Farah was the White House Director of Strategic Communications and Assistant under Trump's presidentship. Additionally, she claimed that there was no guarantee that Trump would get the Republican nomination in the 2024 presidential polls and suggested that Mike Pence might be a frontrunner.

In an interview with CNN, Farah had said, "He (Trump) told me shortly after that he knew he lost, but then folks got around him. They got information in front of him, and I think his mind genuinely might have been changed about that, and that's scary because he did lose."

Reacting to it, the former US President issued a statement via his political action committee, calling the 32-year-old Republican a former "backbencher". According to Trump, her attempt during the interview seems to "sell secrets from her short-lived White House gig to the highest bidder."

"It's amazing how these people leave with respect and adoration for me and others in the White House, but as soon as CNN or other cameras get shoved in their face, or the losers from The View ask a question, or money gets thrown at them, or someone writes a fake book, inglorious lightweights like Farah change so quickly," Trump was quoted by Sputnik news agency as saying.

'I see I have honeymoon well wishes from my former boss': Alyssa Farah

Further attacking his former aide, Trump said, "I watched this clown on television saying exactly what they wanted her to say and I watched the lies. Was she paid by low-ratings CNN?"

Responding to her former boss' comments, Alyssa Farah quipped, "I see I have honeymoon well wishes from my former boss! Too kind!"

I see I have honeymoon well wishes from my former boss! Too kind! 🙃

Additionally, Farah's resignation letter was made available where she wrote, "Deeply proud of the incredible things we were able to accomplish to make our country stronger, safer, and more secure." Notably, Farah was engaged with the White House as an ally of then-Chief of Staff Mark Meadows from 7 April 2020, to 4 December 2020.