As per reports, Mohammed, who was an interpreter in 2008 for the US Army stood for 30 hours in the freezing cold snow to rescue then-senator, Joe Biden. 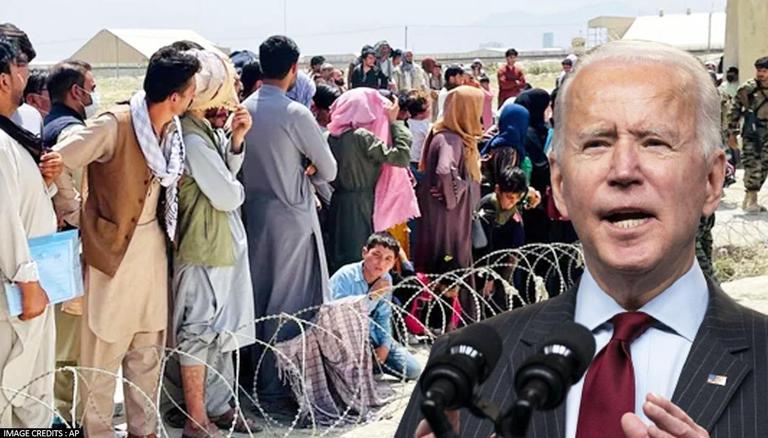 
An Afghan interpreter who had rescued US President Joe Biden and two other senators from freezing cold temperatures 13 years ago has issued a heart-wrenching appeal after he was left behind by the US troops. Stranded back in Afghanistan amid the Taliban takeover, Mohammed has asked Biden to not forget him and help him get out of the country.

According to a report in Wall Street Journal, in 2008, then-Senator Joe Biden along with former Sens. Chuck Hagel, and John Kerry, were left stranded in a remote valley in Afghanistan after their Blackhawk helicopter was forced to land during a snowstorm. Mohammed who was an interpreter in 2008 for the US Army stood for 30 hours in the freezing cold snow to rescue Biden and other US senators.

Mohammed, who chose not to use his full name for his safety told WSJ, “Hello Mr. President: Save me and my family. Don’t forget me here. I can’t leave my house. I’m very scared.”

The US which has been under severe criticism for its 'chaotic' evacuation operations has left behind several of its citizens and Afghan allies in an attempt to adhere to the August 31 deadline. On Tuesday, the White House took cognizance of their former ally's request and promised to honour his service and get him out.

White House press secretary Jen Psaki said, “We will get you out, we will honour your service, and we’re committed to doing exactly that."

As per the WSJ report, Mohammed had reached the designated airport gates at Kabul’s Hamid Karzai International Airport along with his wife and four children to escape the Taliban regime. Over there, he was told that the US troops could get him in, but not his family. Refusing to leave his wife and children behind, the Afghan interpreter chose to stay back. His visa application was also delayed after the defense contractor he worked for lost the records required for the application. He is currently in hiding with his family.